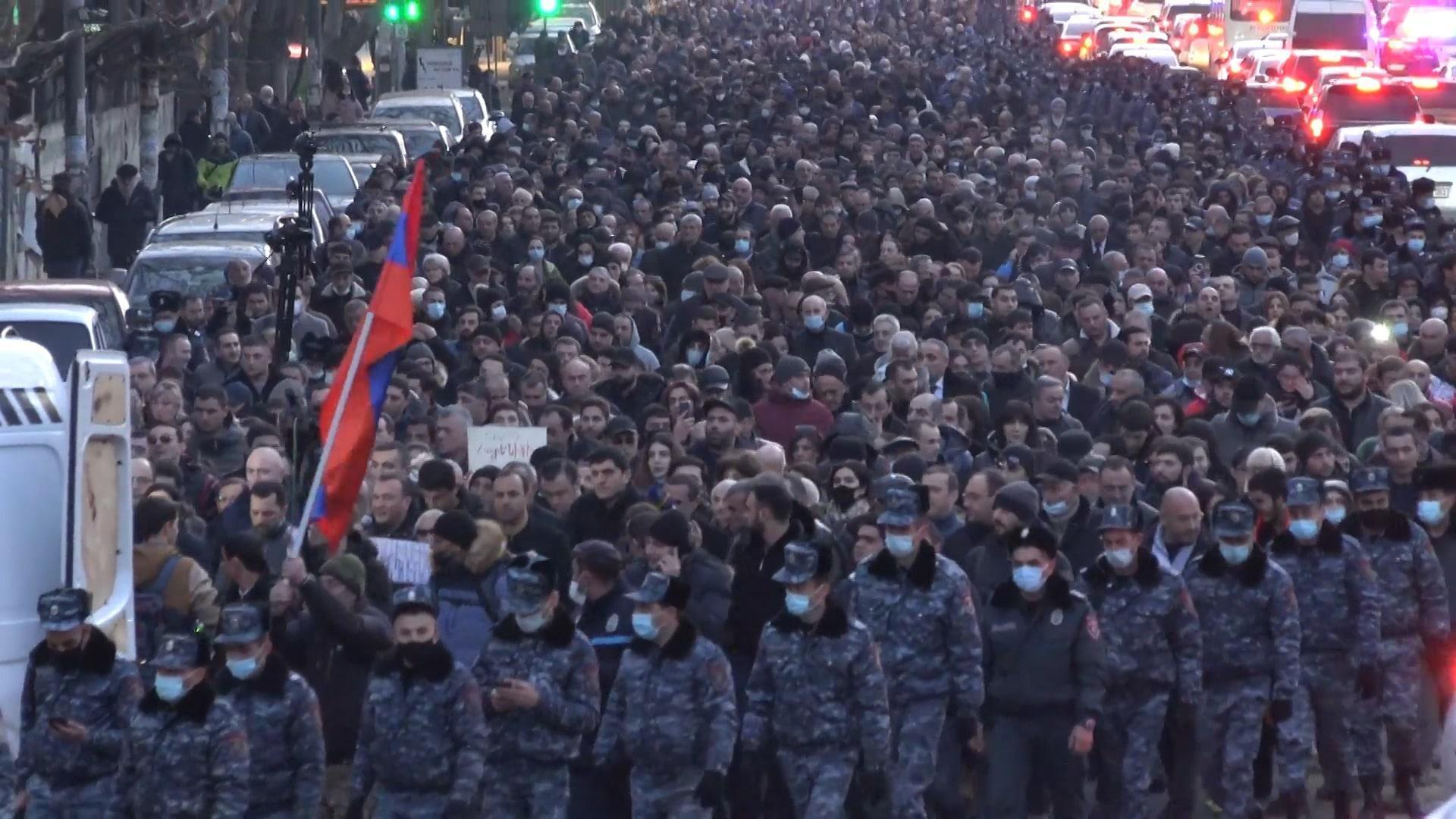 Thousands of protesters took to the streets of Yerevan on Tuesday, demanding the resignation of Prime Minister Nikol Pashinyan.

Thousands could be seen marching through the central streets of the Armenian capital while blocking traffic in one of the lanes.

During the day’s demonstration, protesters gathered around one of the government buildings where they attempted to block Pashinyan from entering.

Later, hundreds of protesters joined evening protests which took place in many of the capital’s streets.

Protests in Yerevan broke out after Armenia and Azerbaijan signed a Russian-brokered deal to end the fighting in Nagorno-Karabakh on November 9.

As per the trilateral agreement, a number of Nagorno-Karabakh districts came under the control of Baku. The unrest in Yerevan resumed after Pashinyan rejected the call by the opposition to step down by December 8, 2020.