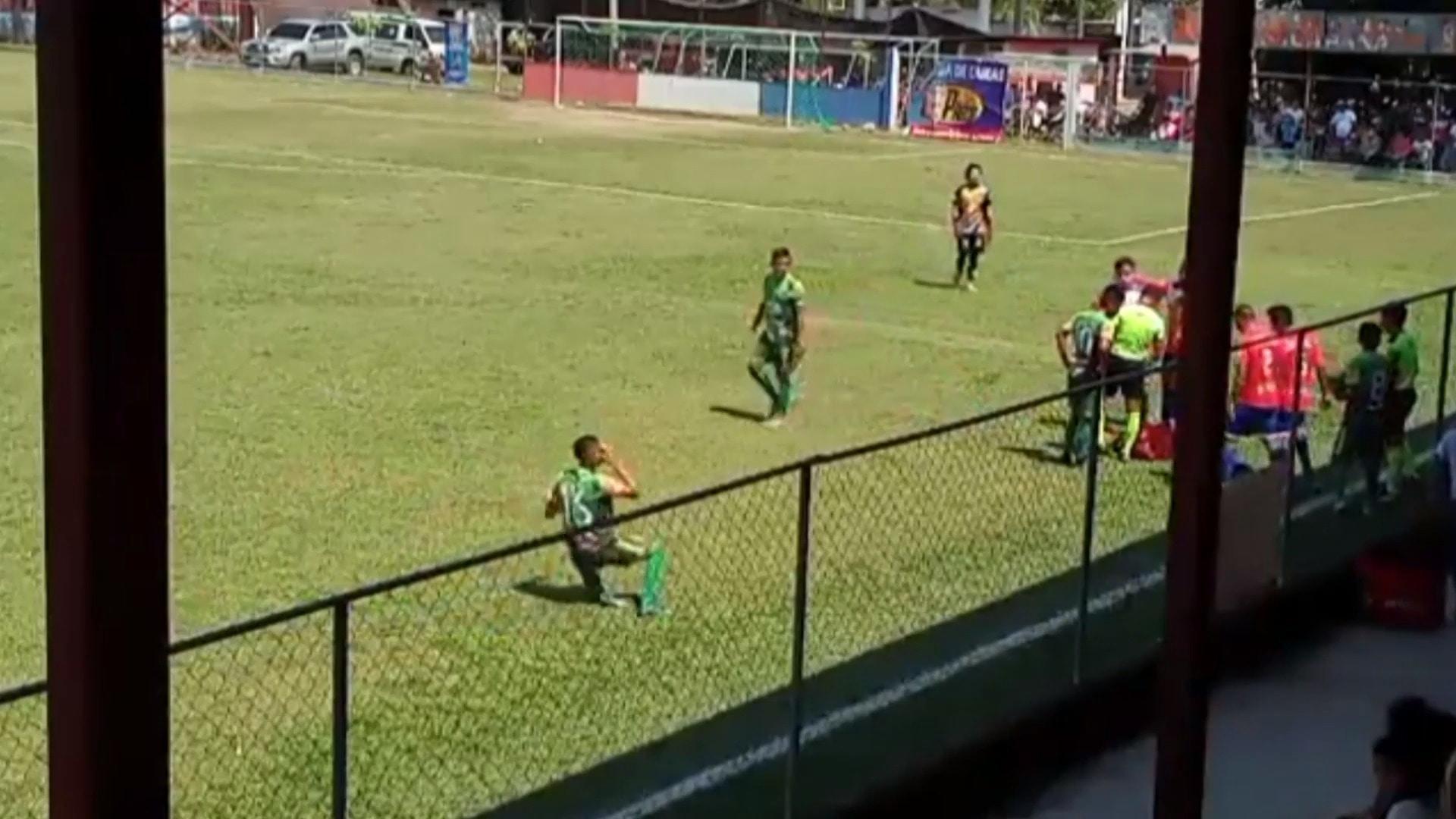 Football player Rosbin Ramos is likely to face a disciplinary action after he faked being hit by an object during Guatemala’s third division game in Zanjon San Lorenzo on Sunday.

As the match was interrupted due to an injury, fans threw an object onto the pitch which the player then used to pretend he was injured.

The match officials refused to punish the opposing team or the fans as they didn’t see the ‘incident’.