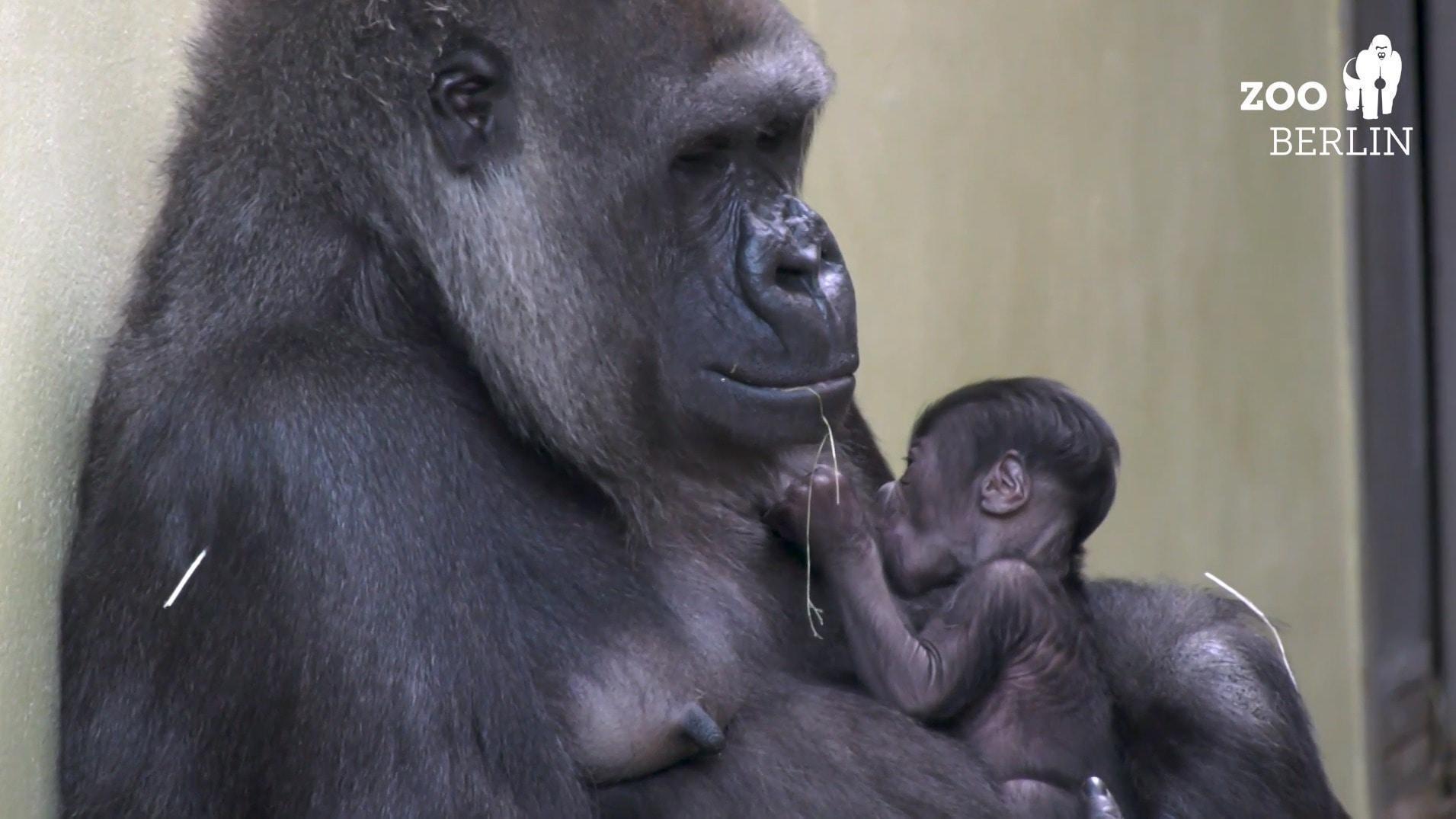 Berlin’s Zoo welcomed their first newborn gorilla in 16 years last weekend, February 15, as seen in footage from Saturday released by the zoo.

Bibi, the 24 year old mother, can be seen cradling and feeding her newborn. The baby gorilla’s sex is not yet known and it is yet to be named.

In the next few months depends on its mothers care.

The mother has taken to her role well, according to Berlin Zoo director Dr Andreas Knieriem, who said on Tuesday, “Bibi is doing this for the first time as if she is a very experienced mother and that is the main point for us that here, obviously, she learned a lot in Apenheul, where she grew up, she observed well back then as a little child.”

Berlin Zoo district manager Christian Aust explained that the zoo had already completed its checklist of specifications to ensure the baby gorilla is healthy and well looked after, adding that now there was little to do than observe.

The 16 year-old father, according to Aust is also adapting well to fatherhood, he added, “you can say he was also very curious, and for him it is his first child and he is very cautious and calm and behaves as a model father.”