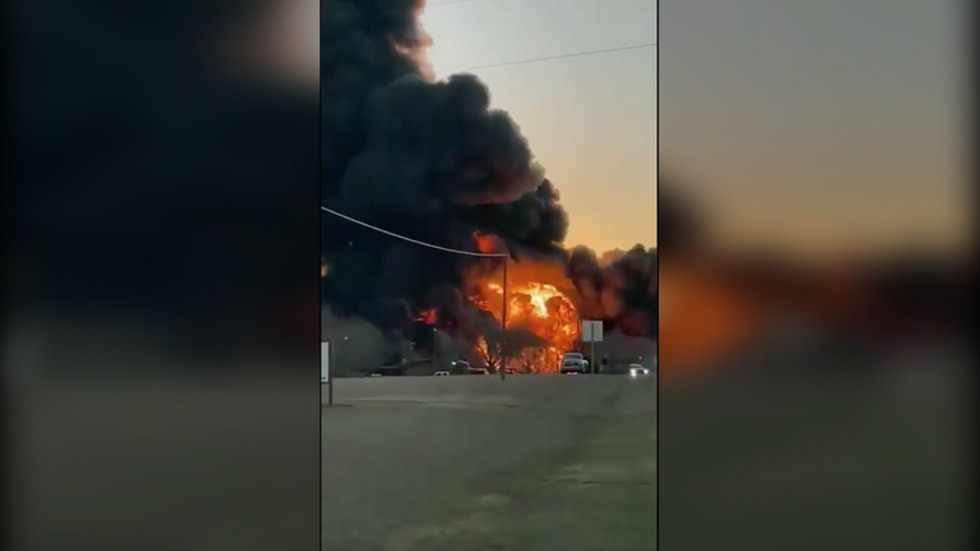 First responders in Cameron, Texas are battling a huge blaze caused by an explosion after a train and an 18-wheeler truck collided. Eyewitness footage captured the moment a huge fireball rose over the site.

Local reports indicate both the train conductor and truck driver escaped the crash, which occurred at a grade crossing. Footage from the scene shows train cars flipped and aflame.

Milam County Sheriff Chris White has said the fire was mostly fueled by petroleum and there are “no reports of chemical hazards.” Evacuations around the area are underway, however, as authorities battle the blaze. Businesses and homes in the vicinity of the incident have been emptied as the fire rages.

Residents have also been told to stay clear of the area to make way for emergency vehicles, as multiple local agencies are responding.

Some 13 to 15 train cars – some loaded with coal and fuel – were involved in the accident. Smoke from the fire can be seen from miles away, according to images posted to social media.

There have been no reports of casualties or major injuries, and the fire departments deployed to the area are allowing the cars which are alight to burn out.

8:15AM UPDATE – MILAM CO FIRE💥 3 cars loaded with fuel are currently burning and will likely be left to burn out. 💥At least one structure has caught fire near the tracks. 💥There are evacuations. No fatalities. Info from KMIL-FM 105.1 (@1051theranch) pic.twitter.com/GhPFOI4C6v