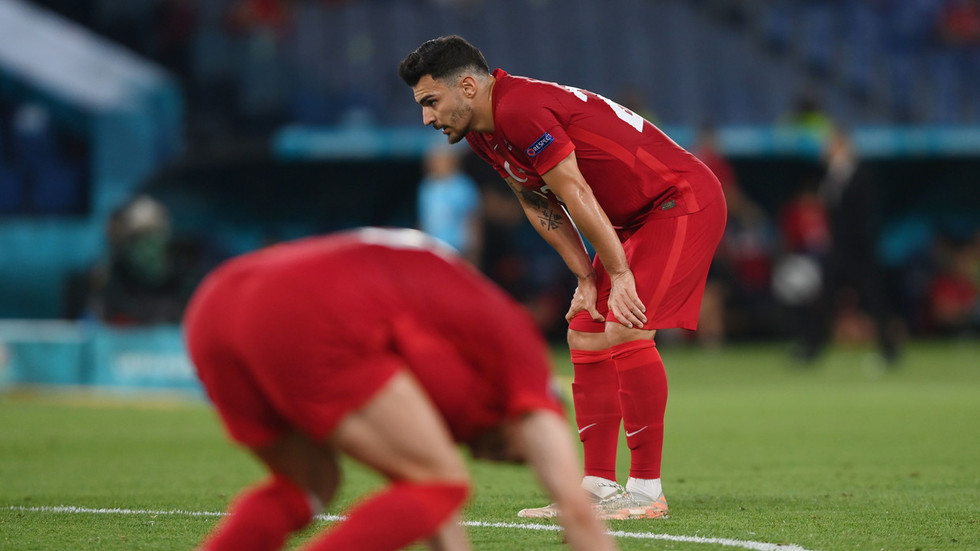 Turkey’s status as potential dark horses at Euro 2020 appears to have lasted all of one match after they were dismantled by Italy on a chastening night in Rome.

Kicking off the month-long pan-continental football spectacular, it was the hosts who got their campaign off to a winning start thanks to three second-half goals at the Stadio Olimpico.

An own goal from the hapless Merih Demiral in the 53rd minute followed by efforts from Ciro Immobile and Lorenzo Insigne meant Italy started off with a flyer – very much in keeping with their revived form under the management of Roberto Mancini, under whom they are now unbeaten in their past 28 matches.

The 3-0 result was a record-breaker as the biggest margin of victory in the opening match of a European Championship, with the tournament starting its 16th edition.

For Turkey it extended an unwanted streak of losing each of the opening matches they have contested at major tournaments – which now stands at seven.

3-0 – Italy’s 3-0 victory over Turkey is the biggest margin of victory in the opening match at a European Championship tournament. Statement. #EURO2020#TURITA#ITA

Many had tipped the Turks – managed by the astute Senol Gomes, who guided them to third place at the 2002 World Cup – as potential dark horses for this year’s tournament, although that notion soon came crashing down amid their heavy Group A loss.

The theme soon became a common topic online as fans reassessed their views on both teams now that the action is underway.

There were also – of course – some predictable puns wheeled out, while others even joked that the remote control car which brought the ball onto the pitch before the action kicked off had enjoyed more possession than Turkey (the actual stats ended up being 63% for Italy versus 37% for their opponents, with Italy registering eight shots on target against none for Turkey).

It’s still early days of course, and the fact that four of the best third-placed teams from the six groups qualify for the knockout stage along with the top two in each group means that there’s time to pick up points for Gomes’ men.

But as they head into matches with Wales in Baku on June 16 and Switzerland at the same venue four days later, Turkey will need to up their game pretty sharpish if they want to avoid an early exit this summer.