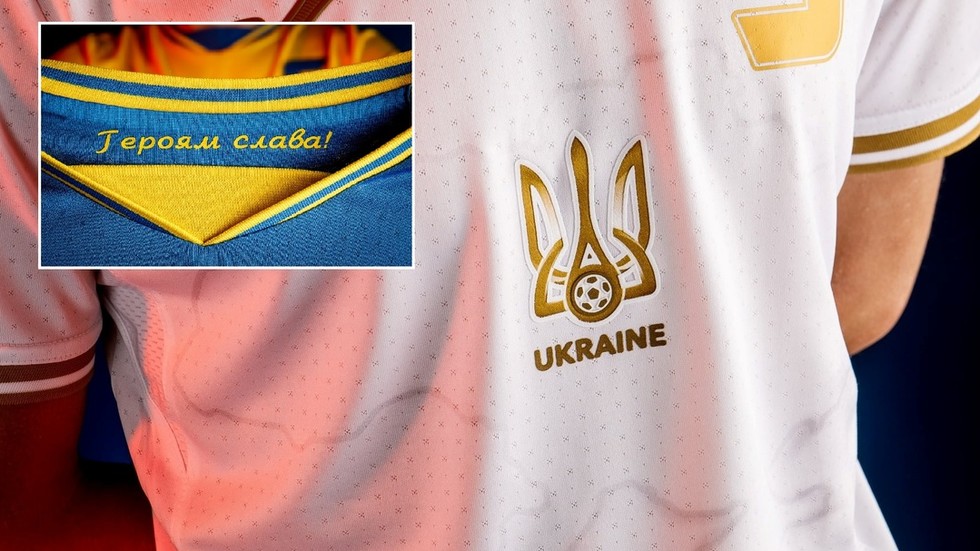 UEFA has said Ukraine must cover up a slogan associated with World War II Nazi sympathizers on its kits for Euro 2020 despite Ukrainian football official Andrey Pavelko claiming that a “victorious compromise” had been reached.

Issuing a rambling post on Facebook on Friday, Ukrainian Association of Football (UAF) chief Pavelko announced that agreement had been reached with UEFA after discussion on the use of the controversial slogans ‘Glory to Ukraine!’ and ‘Glory to heroes!’ on the nation’s kits for the Euro 2020 tournament.

The slogans have a long history in Ukraine but assumed more sinister connotations when used by nationalist groups which fought alongside the Nazis in World War II and which also played a part in the Holocaust.

The kits are also controversial as they include an outline of a map of Ukraine which contains Crimea, despite the peninsula rejoining Russia in a landslide referendum in 2014.

Amid outrage in Russia and anger from Jewish groups, UEFA initially ruled that ‘Glory to heroes!’ must be removed from the shirts – where it appeared on the inside of the collar – as when taken together with ‘Glory to Ukraine!’ it was “clearly political in nature.”

However, UAF official Pavelko claimed victory in his Facebook message on Friday by writing that the original shirts would still be available to sale for fans – but admitted that kits worn by the team at Euro 2020 would feature another design in which a map and the slogan ‘Glory to Ukraine’ would cover the area of the banned slogan.

Further attempting to portray the agreement as a win, Pavelko said Ukrainian football delegations would wear badges bearing the two controversial slogans while children’s youth tournaments could also be organized which include them.

However, when contacted for comment by RT, a UEFA spokesperson asserted that the ‘Glory to heroes!’ slogan must remain covered on Ukraine’s kits at Euro 2020.

“The Ukrainian team has been asked to cover the added slogan ‘Glory to our heroes’ found on the inside collar of the shirt,” the statement read.

“This will be verified by the UEFA match delegate before every match.”

The new Ukraine kits – which are manufactured by Spanish sportswear company Joma – were first released last weekend and prompted the Russian Football Union (RFU) to write to UEFA to express its dissatisfaction that a precedent would be set by allowing political slogans into sport.

Ukraine begin their Euro 2020 campaign against the Netherlands in Amsterdam on Sunday, before meeting North Macedonia in Bucharest on June 17 and completing their Group C campaign against Austria four days later.