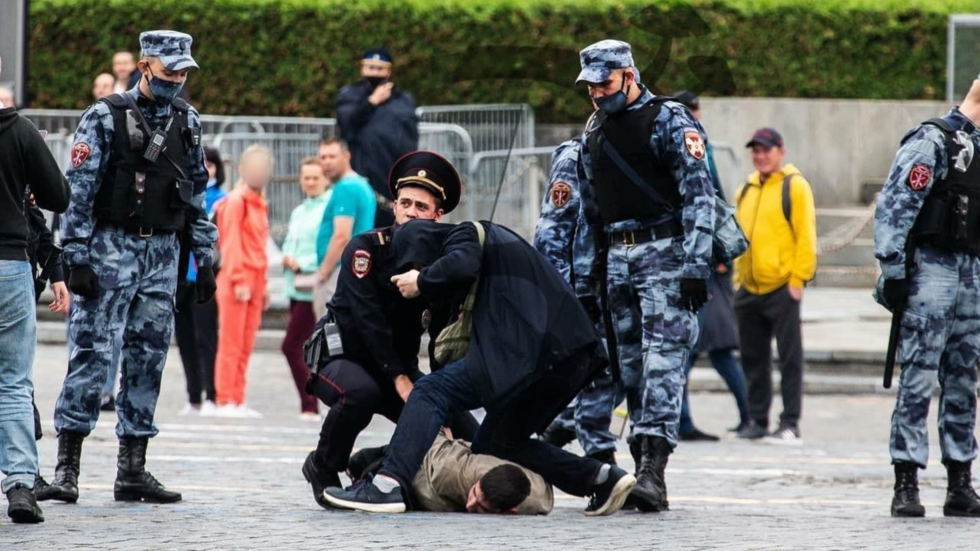 Moscow police officers have opened a criminal case against a Russian activist who brandished a gun, fired multiple shots into the air, and faked shooting himself in the head on Red Square, in the heart of the capital, on Friday.

According to the authorities, performance artist Pavel Krisevich has been charged with ‘Hooliganism.’

News reports have revealed that Krisevich fired two blanks from a pistol into the sky before turning the weapon on himself. According to Anastasia Mikhailova, one of his friends, the activist was not hurt, other than a burn on his face.

The man had allegedly prepared a manifesto before the protest, stating that it was an attempt to draw attention to what he sees as state repression.

Friday’s incident is just the third high-profile protest by Krisevich in recent times. In 2020, the activist was sent to prison for 15 days after staging his own mock crucifixion near the Federal Security Service (FSB) building in Moscow.

In May of this year, he was detained in Saint Petersburg with Mikhailova when he attempted to organize an unapproved exhibition of paintings in the city’s central Mikhailovsky Square.

Similarly shocking protests have been staged by other activists in recent years, including by the infamous Pyotr Pavlensky. In 2015, Pavlensky spent time behind bars after pouring gasoline and setting fire to one of the wooden doors of the FSB building on Lubyanka Square in Moscow. However, perhaps most famously, in 2013, Pavlensky hammered a large nail through his scrotum in front of Lenin’s Mausoleum on Red Square. He later spent time in prison in France after setting fire to a bank.