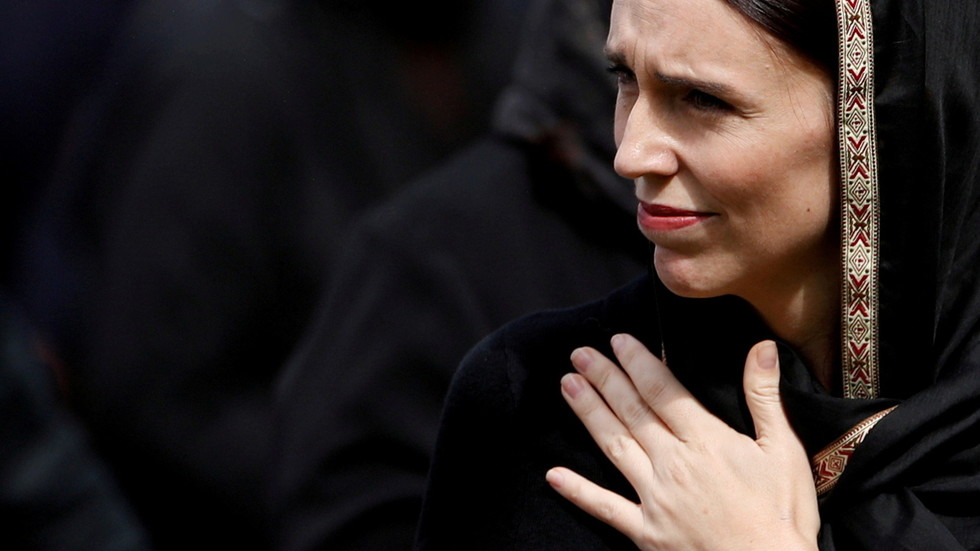 Plans for a film that will tout New Zealand PM Jacinda Ardern’s leadership in the wake of the Christchurch mosque shootings have met resistance from pundits and the Muslim community. Ardern has distanced herself from the project.

The film, titled ‘They Are Us’, is set in March 2019, in the days following the deadly attack on two mosques carried out by white supremacist Brenton Tarrant. The convicted terrorist killed 51 people in the attack, making it the bloodiest mass shooting in New Zealand’s history.

But the script’s protagonist isn’t a first responder or survivor of the tragedy. According to the Hollywood Reporter, the film will primarily revolve around Ardern, showing how the prime minister rallied the nation, and pushed through an assault rifle ban, following the horrific shootings. The title of the movie is inspired by a speech that the prime minister gave in response to the attack. Ardern will be played by Australian actress Rose Byrne.

Glen Basner of FilmNation Entertainment, which will be looking for international backers for the film at the upcoming Cannes Film Festival, said that the script tells an “inspiring story” about how “a strong leader” can change lives when they “work from a place of compassion, love and an unwavering conviction to do what is right.”

But film’s subject matter was met with disbelief and anger by members of Christchurch’s Muslim community.

Tony Green, a member of one of the Christchurch mosques that was attacked​ who acted as a media spokesperson for the Muslim community following the shootings, said that he and others were “blindsided” by news about the film’s production.

The sister of one of the victim’s of the shootings told New Zealand media that she learned about the film on Twitter, adding that “it seems like it’s just capitalizing” on the tragedy. She said that she doesn’t think that the movie will be well received in New Zealand.

“There are still many sensitivities around the tragic events of March 15 and although recognition of our prime minister for her response to attacks is well deserved, we question the timing and whether a movie is appropriate right now,” spokesperson Abdigani Ali​ said.

The controversial film caused many New Zealanders to vent their anger online, prompting the hashtag ‘#TheyAreUsShutdown’ to trend in the country. Within hours, a petition was created that called on Ardern to “strongly denounce the film” and reassure the public that the government is not supporting its production.

Pals in film & media – please do your part for #TheyAreUsShutDown. No excuses for supporting a Hollywood film that is not from community & uses the horrors of The ChCh Mosque attacks as a backdrop for Rose Byrne’s character development. https://t.co/5EgSM6yquB

Observers on social media denounced the film as an example of “white supremacy” and “white saviorism.”

Here’s my hot take on #TheyAreUsShutDown – I told you so (that white people would mobilise & weaponise #TheyAreUs to benefit their own white saviour/shero narratives, and in doing so, marginalise the f** outta us Kiwi Muslims). It was never about ‘us’.

Shifting the focus away from white terrorism to white saviorism.

The New Zealand producer behind the film, Philippa Campbell, insisted that the script “illustrates the reality that there were a host of heroes during that week, including the PM, members of the two mosques and citizens of Christchurch.”

The furor over the planned film prompted Ardern to issue a statement making it clear that she had nothing to do with its production. “The prime minister and the government have no involvement in the film,” a spokesperson for the New Zealand leader said.

The film’s producers are still pushing ahead with the project, but have said they will consider donating profits to survivors and efforts to combat terrorism.