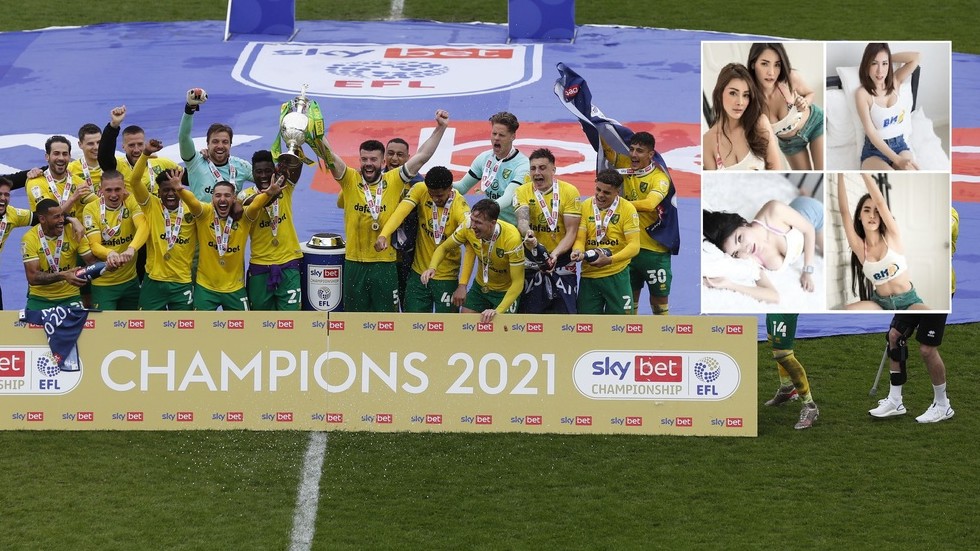 The newly-promoted side announced that they have terminated the deal just three days after signing it after facing a barrage of fan protest online as supporters railed against the gambling firm for its titillating style of marketing.

Sections of supporters were outraged that the club had partnered with BK8 and cited pictures of scantily-clad models published on its various social media platforms as evidence that the the company has overused the ‘sex sells’ strategy of brand recognition, while others also complained about videos produced by the firm which they said that models were subjected to sexual innuendo by male presenters.

And in response to the furore, Norwich City announced their retreat in lengthy statement.

“The club and BK8 have taken on board feedback from its supporters and partners, and after continued discussions we have agreed to immediately end the partnership,” they announced.

“As a club, we’re proud of our place within the local community and our relationship with supporters around the world. We have worked tirelessly for a considerable time building relationships across a wide range of mediums and community projects.

“Whilst we anticipated some negative responses to the announcement of the partnership with a betting company, the club understands the reaction to BK8, their affiliates and other similar brands’ ways of marketing, the values of which do not align with those of the football club.

“On this occasion, we got it wrong. For that, and any offence caused, the club apologizes.”

Figures within Norwich City, which is owned by British celebrity chef Delia Smith, are understood to have been concerned by content posted on BK8’s Instagram page showing models in various stages of undress, with the club saying that they were aware of the “marketing posts” which prompted the backlash.

BK8 subsequently issued an apology for “any offence caused by our historical marketing.”

“We accept that this form of marketing isn’t befitting of a Premier League partnership,” BK8 said this week.

“We have immediately removed all marketing material of this nature and will conduct a review of our marketing strategy moving forward.”

Norwich chief operating officer Ben Kensell elaborated further on the matter, describing the now-ended deal as a an “error of judgement“.

“We have worked hard to build trust and engagement through our countless initiatives with our supporters and partners. We place huge value on our open and honest relationships with our community and supporters,” Kensell said.

“As a self-financed club there is always a fine balance between generating the revenue levels required to help maintain that model, whilst working within our visions and values.

“On this occasion, we made an error of judgement. Our standards were not at the levels we demand of our football club.

“We can now only apologise to our supporters and former players, Grant Holt and Darren Eadie, who were across the BK8 promotional launch campaign, for any offence caused.

“We remain highly committed to diversity and equality across our football club and its community. We want to continue to embed a highly inclusive culture across the club, together with an accessible and welcoming environment free of demeaning and discriminatory behaviors.”