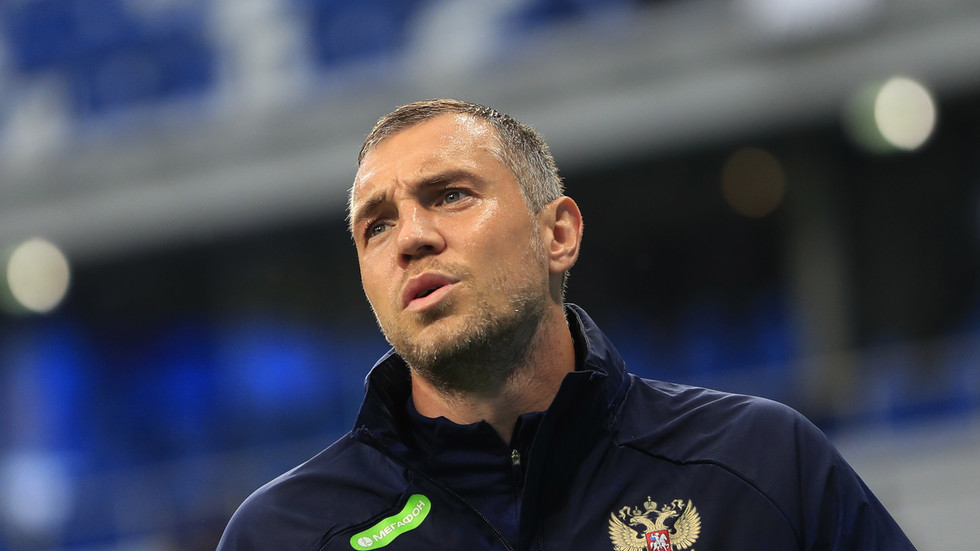 Russia captain Artem Dzyuba is aiming to beat Belgium at their own game rather than resort to rudimentary long-ball football in their Euro 2020 Group B opener in St. Petersburg.

Russia host Belgium at Krestovsky Stadium on Saturday as the two nations kick off their campaigns in front of around 30,500 fans.

The number one-ranked team in the world, Belgium are among the favorites for the tournament but will be without key playmaker Kevin De Bruyne as he recovers from facial fractures.

Real Madrid winger Eden Hazard is also expected to start on the bench due to fitness concerns.

Russia will have home advantage but have not beaten the Belgians in seven meetings dating back to 1992.

That includes two defeats in Euro 2020 qualifying by an aggregate scoreline of 7-2.

On Belgium’s last trip to play Russia in St. Petersburg in November 2019, Roberto Martinez’s men left with a 4-1 victory.

Not only the underdogs on Saturday, Russia are also perceived by some to be a team reliant on long balls up to 6ft 5in target man Dzyuba.

But the Russian skipper has dismissed suggestions that his team can’t mix it up against Belgium.

“I’m looking forward to the matches, it’s a big tournament. I’d like to score, like any player, but the team comes first,” Dzyuba said at Friday’s press conference.

“The main thing is to get points, the rest will come if I play well. There’s excitement, but I don’t feel pressure.

“I don’t want to fight with Belgium, I’d rather play football…

“We don’t only play long balls, we have several options. We act based on the the situation, we can go high, we can keep it on the ground.

“I remember well that the Belgians are tough in the fight, very strong.

“I understand perfectly what’s required of me. We have experience, we’ve analyzed all our matches.”

It was reported later on Friday that Belgium playmaker De Bruyne had not traveled with the squad to St. Petersburg as he recovers from the nose and orbital fractures he suffered in Manchester City’s Champions League final defeat to Chelsea at the end of May.

Dzyuba suggested the loss could be important.

“This is a big loss for Belgium,” said the 32-year-old Zenit St. Petersburg forward.

“The team has its own style, it’s not for nothing that they’re ranked first [in the world]. No one wants to lose their leaders, but the Belgians are still the favorites in the group.”

Dzyuba could reach a personal landmark in the tournament, heading into it just one goal shy of Russia’s all-time scoring record.

The mark is currently held by former Zenit forward Aleksandr Kerzhakov, who netted 30 times in 91 appearances for ‘Sbornaya’ between 2002 and 2016.

Speaking on Saturday’s meeting, Russia manger Stanislav Cherchesov suggested that the two teams know each other well after coming through qualifying together and also playing out an entertaining 3-3 friendly draw in March 2017 – a game where he was also in charge.

“Every squad has had changes. Sometimes they’re tactical. Belgium also have their nuances. As far as I know, they have 18 players in their squad that played at the [Russia 2018] World Cup,” said the Russia boss.

“They are a team used to playing together, they know what they want. They have a great manager. We played them three times, all three matches were entertaining. We are studying them. Our goal is to show our best.”

After taking on Belgium, Russia host Finland in St. Petersburg on Wednesday before closing their Group B campaign against Denmark in Copenhagen on June 21.