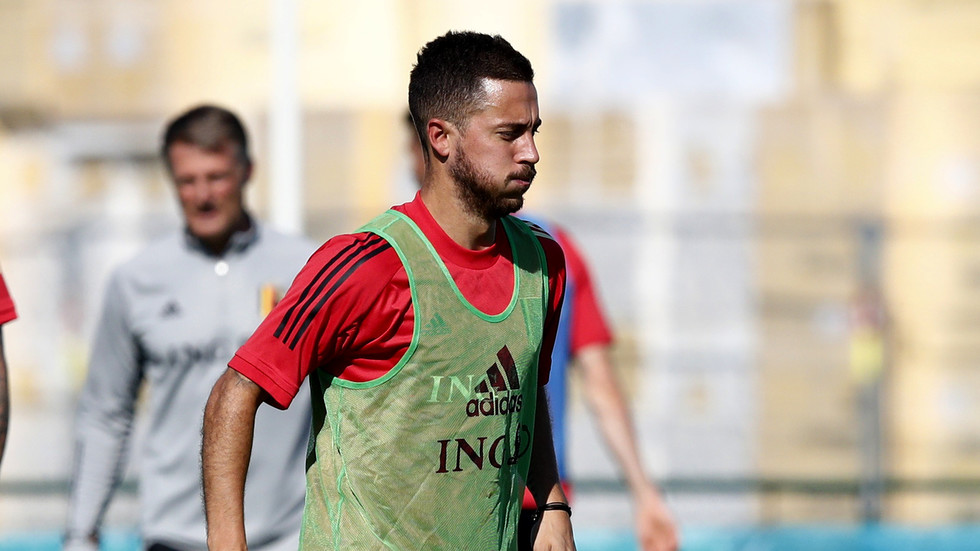 Belgium are likely to be without winger Eden Hazard in their starting line-up for their opening Euro 2020 game against Russia, according to reports. The Belgians will also be without key playmaker Kevin De Bruyne.

Russia host Belgium in St. Petersburg on Saturday in a Group B clash which will be played in front of around 30,500 fans.

Ranked number one in the world by FIFA, the Belgians head into Euro 2020 as among the favourites to win the competition outright, but many have labeled this the last chance for a ‘golden generation’ of stars to claim significant silverware.

Their preparations have been complicated by facial fractures suffered by Manchester City ace De Bruyne in the Champions League final against Chelsea, and the 29-year-old will not be risked against Russia despite undergoing successful surgery and joining up with the team earlier this week.

Another significant doubt for Saturday is Hazard, who has struggled badly for fitness at Real Madrid this season and made just 21 appearances for the Spanish giants, not completing the full 90 minutes in any of them.

According to Belgium boss Roberto Martinez, the 30-year-old still needs to reach “match intensity” and is set to start among the substitutes on Saturday, depriving the Red Devils of more star power from the outset.

Martinez is also making do without usual first-choice central midfielder Axel Witsel, who is recovering from an Achilles tendon injury and has not flown to St. Petersburg despite being named in the Belgian squad for the tournament.

Meanwhile, Russia have lost winger Andrey Mostovoy from their squad after he tested positive for Covid-19. The Zenit St. Petersburg star, 23, has been replaced by Dynamo Moscow defender Roman Evgenyev for the remainder of the tournament.

Russia and Belgium are familiar rivals having met in qualification for the tournament.

Belgium won both games by an aggregate scoreline of 7-2 – including a 4-1 victory at Saturday’s venue in St. Petersburg.

On that occasion, Hazard was on the scoresheet twice while brother Thorgan Hazard and Romelu Lukaku also scored.

Belgium are unbeaten against Russia in seven matches, and are returning to the scene of their World Cup semi-final defeat to France in 2018.

They did however win their third-place playoff against England in St. Petersburg at the same tournament.

Russia’s overall record in St. Petersburg since 1992 is decent, with 10 wins, one draw and three defeats.

They won nine successive games in the city before a 3-3 draw against Spain in a friendly in 2017.