Cuba suspends dollar cash deposits in banks due to US sanctions 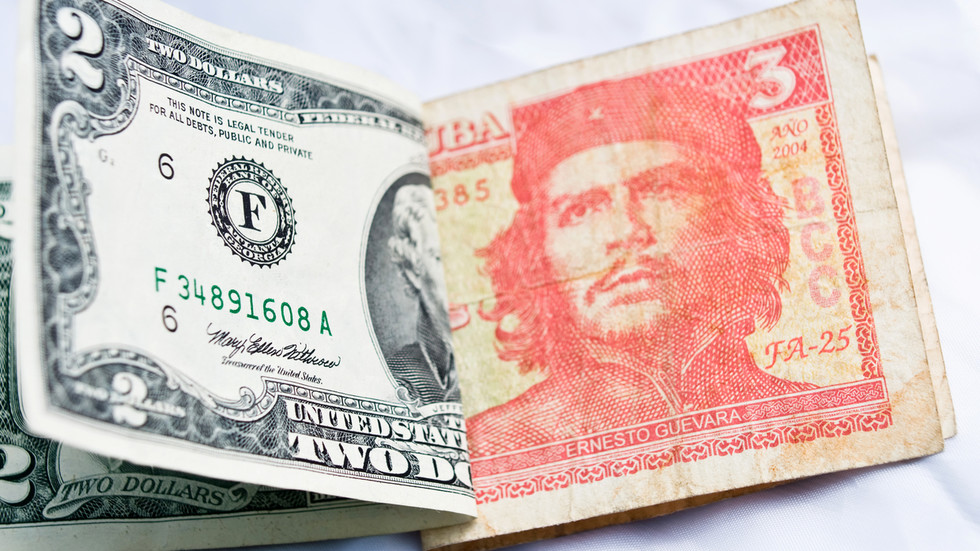 The Cuban government has announced it will temporarily stop accepting cash bank deposits in dollars. It blamed tighter US sanctions that are restricting its ability to use the greenback abroad.

The move comes as the government was due to present its annual resolution to end the decades-old US trade embargo on the country at the United Nations General Assembly. Cuban bank account holders will have until June 21 to deposit dollars before the suspension takes effect.

“It is ever more difficult for Cuba to find international banking or financing institutions willing to receive, convert or process US currency in cash,” the Cuban Central Bank said in a statement, according to Reuters. It added that the measure would not affect operations carried out by transfer or deposits in other currencies that are freely convertible and accepted in the country.

According to the bank’s vice president, Yamile Berra Cires, more than 20 banks have halted processing transactions involving Cuba since former US president Donald Trump hardened sanctions on the island nation.

Also on rt.com ‘Legacy of isolation & defeat’: Cuba slams US over sanctions on interior minister for alleged ‘human rights abuse’

For many years, Cuba had a 10% tax on dollars, citing difficulties with using them because of Washington’s embargo. The country lifted the tax last year as it opened more shops selling in hard cash rather than in the local currency.

US President Joe Biden vowed during his campaign to reverse some of Trump’s Cuba measures that “have inflicted harm on the Cuban people and done nothing to advance democracy and human rights.”

However, a shift in policy toward Cuba is not among the US’ top foreign policy priorities, according to the Biden administration.