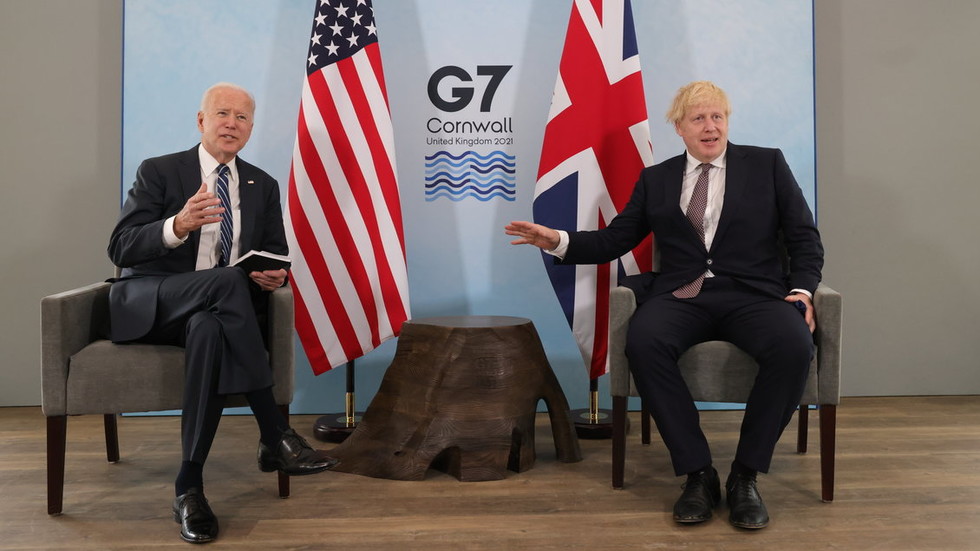 The Pedn Olva Hotel in St Ives, Cornwall was reportedly being used by security staff for German officials, as well by staff of US broadcaster CBS, who were said to be filming live from the roof.

Thirteen out of the hotel’s 17 staff have reportedly tested positive for Covid.

The site is just one mile up the coast from Carbis Bay, where world leaders have gathered for the G7 summit, including US President Joe Biden and UK Prime Minister Boris Johnson, who met in person for the first time on Thursday.

UK government Covid-19 data shows that there have been just 44 infections in Cornwall and the Isles of Scilly in the week from May 30 to June 5.

Sky said it had spoken to the security staff for the German delegation who said they had “been told nothing”, while a staff member said the hotel was “closing and boarding up.”

The hotel owner was quoted as confirming that some of the staff had tested positive for coronavirus, and the hotel “will reopen once a full Covid-19 deep clean has taken place and we have the available staff to run it.”

A spokesperson for Johnson said that Chancellor Merkel still plans to attend the summit, Reuters reported.

Last month another G7 event in Cornwall – held ahead of the main talks this week – also saw a Covid-19 scare as two members of the Indian delegation tested positive.

Although not a G7 member, India was invited as a guest and its officials did meet face-to-face with their UK counterparts.