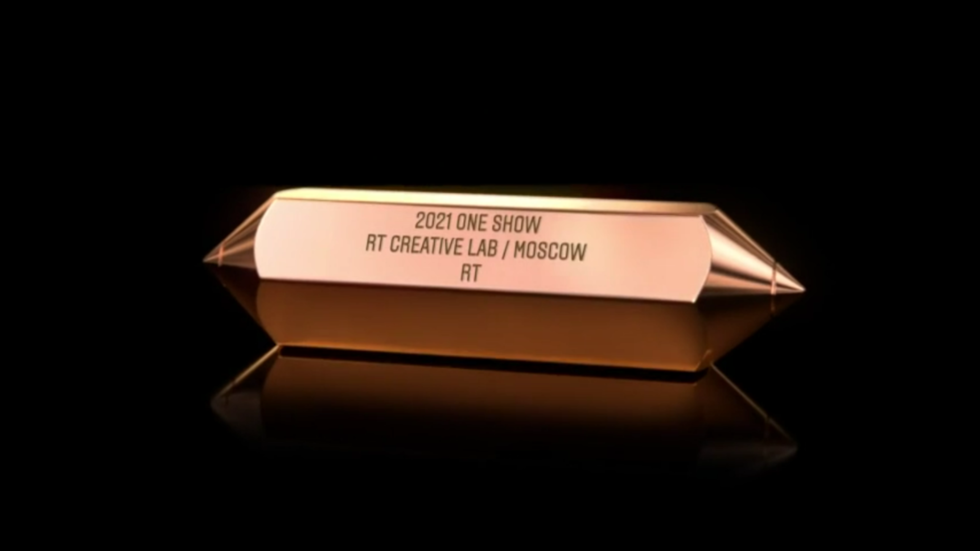 ‘The Endless Letter’ Instagram series nabbed the Bronze pencils in the Social Impact and Content Series categories in the In-House discipline. The discipline award is brand new, and has been introduced together with Music and Sound Craft this year. It evaluates work produced by a brand’s internal creative team that focuses on the advertising and marketing of their product or service. RT Creative Lab competed in the same discipline with Spotify, Google, Verizon and Instagram, among others. From about 200 entries, only 12 awards were given in this discipline.

‘War: Kids’ Drawings’, ‘Lessons of Auschwitz: VR tribute by students’,’ and ‘The Endless Letter’ are part of the #VictoryPages project – a large, multi-platform digital project dedicated to the 75 years that have passed since the victory over Nazism. The project and its series were awarded nine Merits in various categories.

The One Show evaluation process is acknowledged for its high level of integrity, with more than 200 industry leaders from around the world judging entries based on creativity of ideas and quality of execution.

Headquartered in New York, The One Show is produced by The One Club For Creativity – an international nonprofit organization seeking to inspire, encourage, and develop creative excellence in advertising and design. For over 40 years the Gold Pencil, awarded by The One Show, has been regarded as one of the top prizes in the industry.

Also on rt.com The One Show 2021: RT Creative Lab’s director to judge in world’s top advertising and design awards show

RT Creative Lab’s ‘The Endless Letter’ is a unique graphic series featuring hundreds of excerpts of original World War II letters from the frontline, which have been collected from Russian archives by the team from the ‘Letters from the Front’ project. The quotes are accompanied with illustrations created by young students of the Moscow RANEPA Design School, as well as renowned artists Peter Bankov and Mikhail Sorkin. The letter fragments and illustrations were shared line-by-line on Instagram Stories, creating a kind of ‘endless letter’ with an original, non-stop score by young Russian composer Max Makarychev.

‘The Endless Letter’ is part of the #VictoryPages project – a large, multi-platform digital project dedicated to 75 years since victory over Nazism. It presents an opportunity to assess the magnitude of May 9, 1945, the day the war ended for the USSR, through the personal impressions of contemporaries. Nearly 27 million were killed or died during the war. Victory Day is significant in Russia because every family has a war hero who either returned home or died in battle. The #VictoryPages project is a story of victory told for the young, by the young, using the language of modern media, on five social networks.

Different series of the #VictoryPages project have garnered a total of over 80 awards, including Webbys, Clio Awards, Epica Awards, Shorty Social Good Awards and Red Dot Awards, among others.