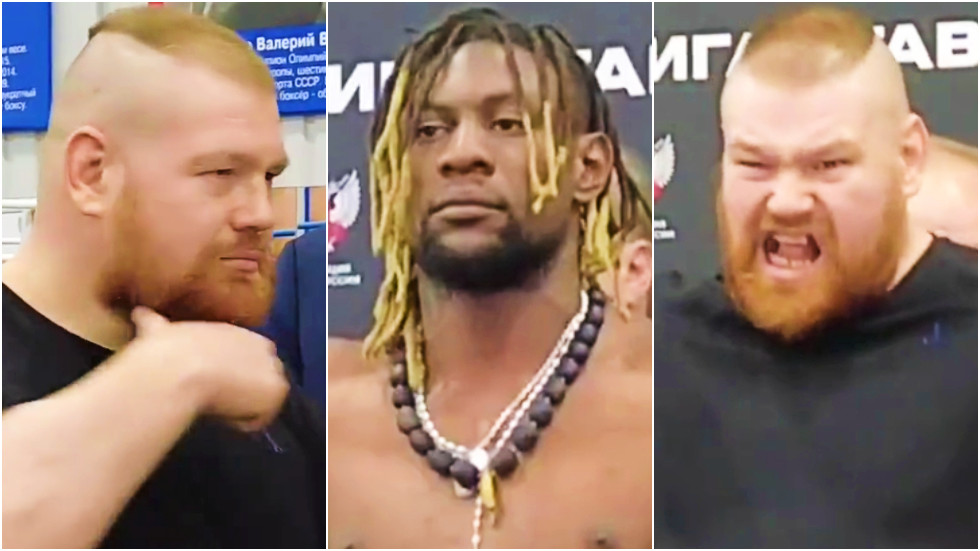 Vyacheslav Datsik, the Russian MMA fighter who ended his latest jail term in November and has been imprisoned for murder threats, assault and robbery, is looking for another vicious knockout against a former victim on Thursday.

Turning his hand to boxing, the notorious former member of a banned nationalist party exacted a pulverizing finish on MMA fighter Tyson Dijon in February, sending the Cameroonian crashing through the ropes in the fourth round of their contest at the end of a shuddering series of shots.

Visa problems for his original opponent now means that Datsik has granted Dijon a rematch in Moscow, when he will look for another concussive end to his latest scrap since being  freed from a Leningrad complex after serving 11 months on parole for attempting to illegally cross the Russian-Estonian border along the Narva River.

Even without the primal roar, cut-throat gesture and granite stare he fixed on his ripped-looking opponent at their weigh-in, Datsik’s background would make the powerhouse an intimidating foe for any rival.

A former breakthrough star after beating future UFC heavyweight champion Andrei Arlovski in the first round of his first fight with M-1 Global in 1999, Datsik was said to have believed Jesus Christ was a Mossad agent when he broke out of a detainment cell with his bare hands and made an epic-sounding journey by boat that ended in him reaching Norway in search of asylum.

The ‘Red Tarzan’ has taken his name from the son of Slavic god Perun during his career in MMA and kickboxing, and wore Nazi symbols while calling himself a “white warrior” before spending five years in prison for shop robberies alongside two neo-Nazis who he reportedly boxed naked during his brief escape to Scandinavia.

When Russian authorities applied for his extradition, Datsik also alleged that he had been tortured in his homeland, including the placing of electrodes on his genitals.

On his official Instagram account, which has more than 50,000 followers and appears to be run by his glamorous pregnant wife, Viktoriia, Datsik said that he had lost around 106lb while training for the fight.

“This time I will try to beat down Tyson so that he no longer has a desire for revenge,” he said.

Speaking about his weight loss, the veteran advised: “Nothing is impossible. Not for me, not for you, not for anyone at all.