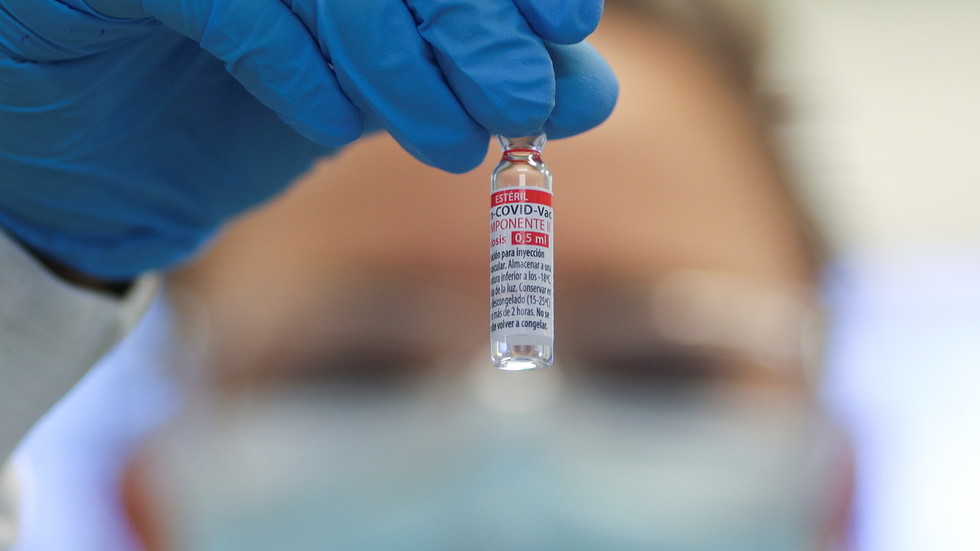 Russia’s pioneering Sputnik V Covid-19 vaccine has shown an efficacy of 94.3%, against the virus, as well as a lack of serious side effects during its use in Bahrain, a study by the Gulf kingdom’s health ministry has revealed.

“The results on the ground are better than those achieved in clinical trials of the vaccine,” Faeqa Saeed Al-Saleh, Bahrain’s health minister, said on Thursday.

The study, carried out by Bahrain’s medical authorities in accordance with World Health Organization (WHO) guidelines, has shown that the Russian jab was 94.3% effective two weeks after both shots were administered.

The findings were based on data collected from 5,000 of the kingdom’s residents, who were vaccinated between February and April 2021.The results of the study revealed there were no deaths, no cases of blood clots and no other serious side effects among the recipients, the Russian Direct Investment Fund (RDIF), which distributes Sputnik V, announced in a statement.

Also on rt.com Sputnik V expected to get WHO authorization in ‘next couple of months’ – distributor of Russian vaccine to RT

Those who were unlucky enough to get infected with Covid-19 after getting both shots of the Russian jab experienced a mild form of the disease in 98.6% of cases, according to the research.

“Sputnik V continues to play an important role in the Kingdom’s ongoing and successful vaccination campaign,” Al-Saleh said in a separate comment, cited by RDIF.

According to the minister, Bahrain, which has, so far, authorized the use of several different Covid-19 jabs, has vaccinated 81% of its population of approximately 1.5 million people, to date.

The island nation experienced a peak in Covid-19 infections in May, with the number of daily cases reaching 3,000. Since the start of the pandemic, Bahrain has seen some 255,000 infections and more than 1,170 deaths related to the virus.