‘I took it calmly’: Journalist of Armenian descent who was blocked by Azerbaijan can go to Euro 2020, Russian ministry confirms 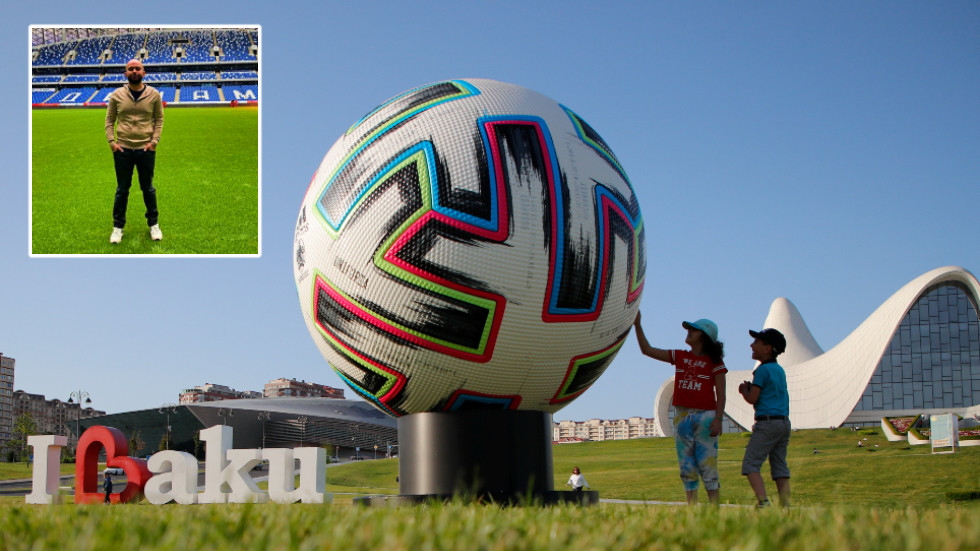 The Russian Ministry of Foreign Affairs has confirmed that a hugely-followed TV commentator will be allowed to work at Euro 2020 after the Azerbaijan FA initially blocked him because of “trips to the occupied Azerbaijani lands”.

Nobel Arustamyan, who was due to attend the tournament for Russian channel Match TV, was forced to wait for his accreditation in a stand-off that had taken place because of concerns from the Azerbaijan FA.

With some matches taking place in Baku, Azerbaijan is one of the venues for the tournament which starts on Friday – and all journalists working at the finals have to be approved by the host countries involved.

Tina Kandelaki, a producer at the channel, had branded the decision “a violation of the spirit of the international sports movement”.

While Arustamyan waited for clearance, Kandelaki added that her team was doing all it could to resolve the situation in contact with tournament organizers.

Elkhan Mammadov, the executive vice president of the Association of Football Federations of Azerbaijan (AFFA), told apasport.az that the move had been linked to Arustamyan’s trips to the region of Nagorno-Karabakh.

“I must note that over the past years, this person has repeatedly made illegal trips to the occupied Azerbaijani lands and, during these visits, did not receive permission from the relevant structures of Azerbaijan,” he added.

“He violated our laws, showing disrespect for the territorial integrity of our country.”

The Russian Ministry of Foreign Affairs’ Maria Zakharova later  told Armradio that Arustamyan’s accreditation had been confirmed, thanking UEFA for resolving the issue.

“I took it very calmly – even with an ironic smile,” Arustamyan told his Instagram following of more than 107,000.

“Yes, I have really visited Nagorno Karabakh – and I speak about it openly. This is the homeland of my ancestors – in particular my grandfather, whose surname I bear.

“My roots are there and I am not ashamed of it. And this has never been a problem for me.

“My case shows that the authorities of Azerbaijan, as a state, have zero tolerance towards Armenians worldwide.

“I will not give hundreds of examples, but people with twenty-five percent Armenian blood, and a passport of another country, have not been able to enter Azerbaijan just because of their surname. They were simply not allowed to check in for the flight.

“It’s clear I was not planning to visit Baku this summer anyway. They do not expect me in Azerbaijan, they do not welcome me there – just as they have not welcomed all Armenians for a long time.

“I’m well aware of the local Armenophobia. I come from Baku, my parents were born there, my grandfather is buried there and my whole family is from there. We all had to leave there at the end of the 80s.

“Therefore, I had no illusions. I wanted to work in other cities. And the block of Azerbaijan was generally expected.”