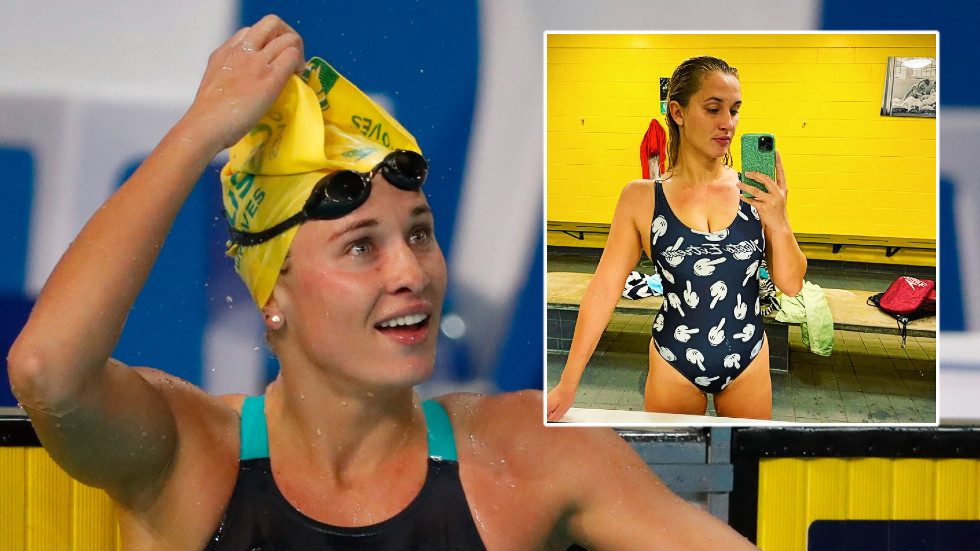 Months after saying she had been stared at by a man who was later promoted and written that a coach had made a “creepy comment” to her, 2016 silver medalist Madeline Groves has quit the Olympics, blasting “misogynistic perverts”.

Double silver winner Groves had been due to take part in trials in Melbourne to be part of the Australia team at this summer’s scheduled Olympic Games in Tokyo before pulling out, announcing her decision with an angry message on social media.

The move came after the Commonwealth Games and Pan Pacific Championships gold medalist wrote in late 2020 that a “well-known coach” had apologized for a remark he made to her “possibly because the team psych told him to”.

Those incidents appear not to have been the last of their kind for the 200m butterfly and 4x100m medley hero in Rio. “Let this be a lesson to all misogynistic perverts in sport and their boot lickers,” she announced on Twitter after withdrawing.

“You can no longer exploit young women and girls, body shame or medically gaslight them and then expect them to represent you so you can earn your annual bonus. Time’s up.”

She added on Instagram: “Putting this on [this] feed for emphasis. Chuck me a [fist emoji] (or whatever) if you’re with me.

“Make them pervs quake in fear from the number of people supporting a statement that threatens their existence.”

Groves told fans that they had not “got rid of me just yet”. “I’m so grateful to feel so supported in this decision,” she said on Instagram, addressing her audience as “hunnies”.

“I feel very relieved and I’m looking forward to racing at some other competitions later in the year.

“I’m so excited to watch everyone at trials and to see who will be representing Australia in Tokyo.

Just remembering the time a well known coach (not mine) asked me about uni and I told him one of my subjects was ‘Love, Relationships and Sex’ and he said in this creepy af voice “oh, you’d know allllllll about that 🤪😝🤪” 😳😳😳😳

He came up to me like 15 minutes later and apologised, I think possibly cause the team psych told him to. Like dude I’m 20 please leave me alone and don’t make creepy comments to me when I’m just trying to be on the Australian Swim Team

“Whatever happens, I genuinely think this will be one of the fastest Australian swim teams ever and I encourage everyone to get on the bandwagon early.

In a statement, governing body Swimming Australia said they had contacted Groves following her comments at the end of last year.

“Swimming Australia reached out to Maddie in December 2020 to enquire about a tweet sent by her that referenced potential abuse by someone connected with swimming,” it said.

Can I just say, that I definitely made a complaint a few years ago about a person that works at swimming making me feel uncomfortable the way they stare at me in my togs, and I think they’ve possibly been given a promotion since

“Maddie declined to provide further information, nor do we have any previous complaints on record from Maddie.

“We consider the welfare, safety and wellbeing of children and young people as paramount, and we have a duty to make inquiries to uphold the standards of our sport.”

100%. I’ve seen some pretty disturbing behavior be written off in this sport. Especially when the person is a high profile one. We need change. I’m sorry you had to experience this too.

FYI fat people rule and can do anything. It’s just that in sport you’re basically shamed for going through puberty and growing boobs

At the time, Groves seemed to suggest that her tweet alleging a coach had mistreated her had resulted in a successful outcome.

“Woah – guys, this may have worked,” said the law student, writing on a profile where she says she is “here to follow sportspeople, political journalists and drag queens.”

“Next time you have a weirdo stare at your t*ts and your complaint falls on deaf ears, try tweeting about it.”