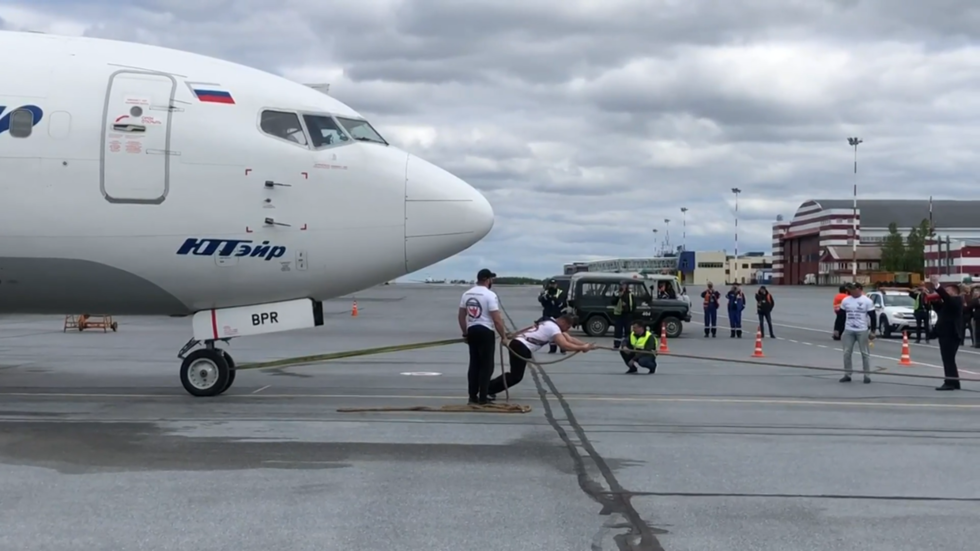 A Russian man from Surgut, a city in Siberia, has broken the country’s strength record by pulling a 40-ton Boeing 737-500, beating the old record of a 36-ton plane set last year. He managed to drag it 15 meters in just 39 seconds.

Maxim Gametsky, a native of the city 2000km east of Moscow, displayed his brute strength at Surgut’s International Airport on Wednesday. Cheered on by a crowd of onlookers, the bodybuilder took three attempts, with his record being verified by Vasily Grishchenko, the head of the Russian Strongman Federation.

“I couldn’t move it on the first attempt in any of my training sessions, and to be honest, I was a little scared today would be the same. Maybe it was excitement, maybe it was fear, but I did it anyway,” he said.

The previous record belonged to Elbrus Nigmatullin, a multiple-time winner of Russia’s Strongest Man. In 2020, he towed a 36-ton airplane 25 meters.