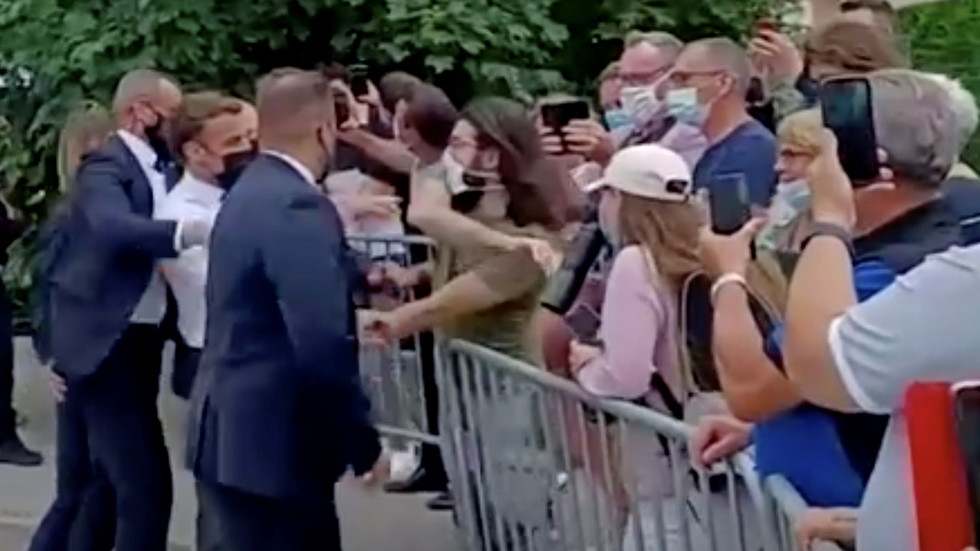 French prosecutors are seeking an 18-month jail term for Damien Tarel, the man who slapped the country’s President Emmanuel Macron. The accused is also facing other penalties, including a voting ban.

The 28-year-old suspect appeared before court on Thursday. The hearings are heavily fast-tracked, coming only two days after the slapping incident. Tarel stands accused of an assault on a public official, with the offence carrying a maximum of three years in jail and a hefty fine of up to €45,000.

The prosecutors, however, have asked the court to slap Tarel with a real 18-month jail term rather than impose a fine on him, as well as to hit him with other penalties.

“I am not asking for a fine, but I am asking you to consider imposing on him a permanent ban on holding public office,” a prosecutor told the court as quoted by BFM TV.

Also on rt.com Man who slapped Macron is medieval LARP geek who lives with his mother – French media

The court was also asked to ban the man from voting for five years, as well as to bar him from owning firearms during the same period.

Earlier in the day, the defendant explained his actions were politically motivated, telling the court that Macron, in his opinion, embodied the “decay” of France, and that the sneaky attack was the only way to get to the president.

“I think that Macron represents very neatly the decay of our country,” he told the court. “If I had challenged Macron to a duel at sunrise, I doubt he would have responded.”