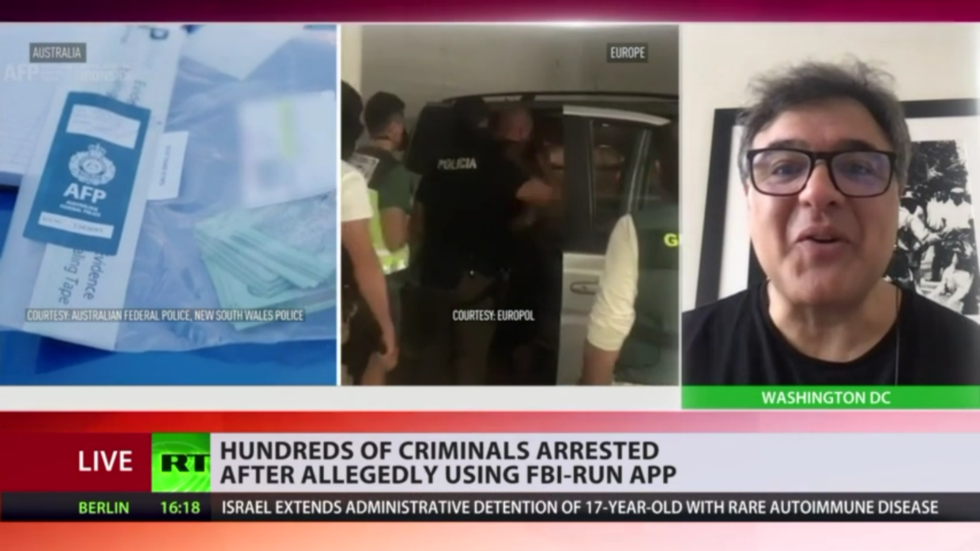 A deceptively-marketed ‘encrypted’ messenger that was used to bust hundreds of criminals worldwide shows that intelligence services are creating, and not just exploiting, chat apps, according to CIA whistleblower John Kiriakou.

The FBI has been secretly operating an encrypted chat app called ANOM, which became popular among organized crime, with the gangsters oblivious to the fact that they were being monitored while using the app. Codenamed Operation Trojan Shield/Greenlight, the surveillance scheme eventually led to a coordinated crackdown on criminal gangs involving law enforcement from 16 nations. More than 800 suspects have been arrested so far, putting a dent in over 300 criminal syndicates across the globe, Europol said.

Speaking to RT about the wide-ranging law enforcement operation, CIA whistleblower John Kiriakou noted that the public will need to come to terms with the fact that authorities are likely involved in much more than just trying to circumvent apps such as WhatsApp or Signal in order to gain access to private data.

Kiriakou, a former CIA analyst who was prosecuted and imprisoned under the Espionage Act for exposing US torture of terror suspects under former President George W. Bush, went so far as to suggest that it would be naive to believe that your digital messages are safe from snooping.

Although the operation served as a sobering reminder about the limits of privacy online, there is no denying that the sting was cunning, Kiriakou said.

“I don’t think they crossed the line. I actually think this was a very well-thought-out operation. You simply trick the people you are targeting into using your technology. It’s so simple.”

Dubbed ‘the sting of the century’ in the media, the international operation began with FBI agents releasing an app onto the market that included a secret master key, allowing law enforcement to decrypt and store messages as they were transmitted.