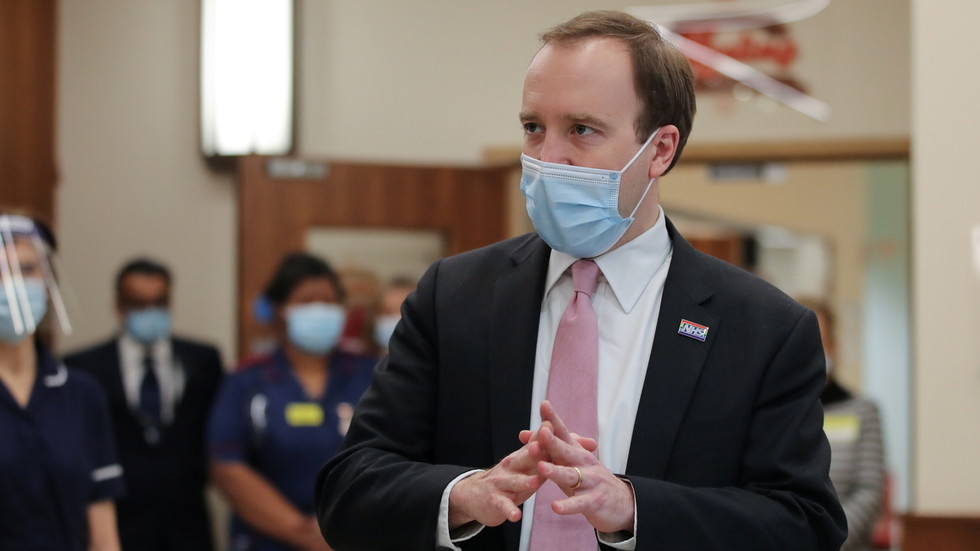 Speaking before a parliamentary select committee hearing on Thursday, Hancock defended his actions throughout the pandemic, stating that the government only did “the best thing we could” based “on the information that we had to protect lives.”

“Despite local challenges, and I don’t deny at all there were challenges in individual areas, there was never a national shortage of PPE [personal protective equipment],” Hancock added, rejecting the suggestion that the government did not manage to secure the necessary supplies required to protect health workers fighting the virus.

In damning testimony delivered on May 26, Cummings claimed PM Johnson is “unfit for the job”, said Hancock should be fired for lying and argued that “tens of thousands of people died” due to the government’s failure to quickly and effectively respond to the pandemic.

During his seven-hour appearance before a parliamentary committee, Cummings, who had served as one of Johnson’s closest advisers, said the government “fell disastrously short of the standards that the public has a right to expect.”

While Hancock defended the UK government’s response to the pandemic during his remarks on Thursday, he did push blame onto the World Health Organization (WHO) for underestimating the risk of asymptomatic transmission. Addressing what he sees as the international body’s failures, Hancock said he regrets that he “didn’t overrule” the slow “scientific advice at the start”.

Since the beginning of the pandemic, the UK, which has experienced three waves of the virus to date, has reported 4,528,446 confirmed cases and 127,854 deaths, according to data provided to the WHO as of June 10.