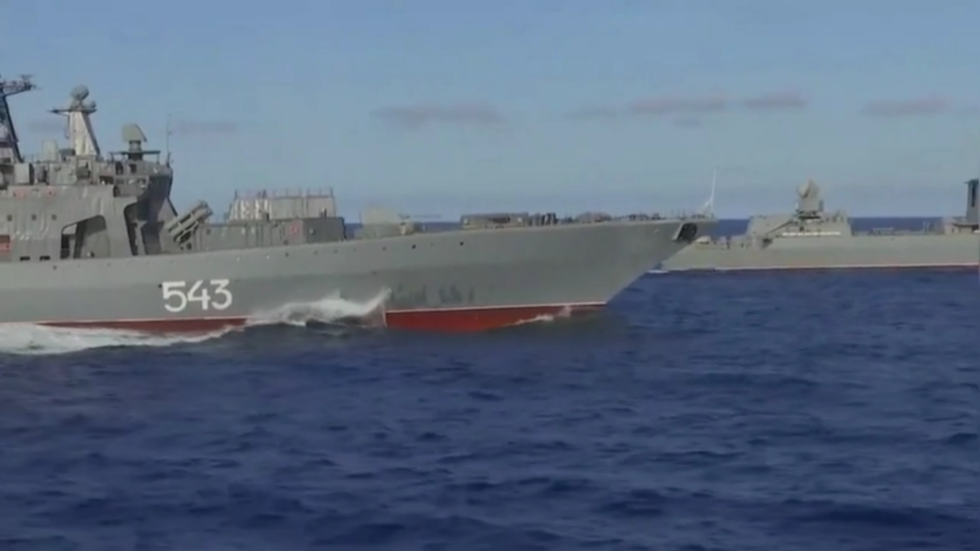 The Russian Navy has launched large-scale military drills in the central Pacific Ocean involving around 20 surface warships, submarines, and support vessels, a statement from the country’s Defense Ministry revealed on Thursday.

The training is taking place in international waters and will also be supported by around 20 planes, including long-range anti-submarine aircraft and high-altitude interceptors.

The exercises, led by Pacific Fleet commander Sergey Avakyants, are taking place around 4,000km away from the ships’ home bases in the Far East of Russia, and will include the involvement of the fleet’s flagship, the Varyag cruiser.

According to a Defense Ministry press release, the navy is using international waters to practice managing a huge heterogeneous grouping of ships “at a considerable distance” from base, and to organize naval operations involving the search for and tracking of warships of a mock enemy.

Russian Defense Minister Sergei Shoygu revealed on Wednesday that the country’s armed forces would be conducting preparatory training before the joint Russian-Belarusian Zapad-2021 exercise, due to take place in September.

Also on rt.com Majority of Ukrainians ‘smart’ to reject NATO, they know it’s Russian ‘red line’ & US only wants them as ‘cannon fodder’ – Putin

The same war games take place every four years. He also noted that all the plans would be carried out in accordance with international agreements.

“Nevertheless, for some reason, [our exercises] have greatly frightened our Western neighbors,” Shoigu said.

In May, NATO began Defender Europe 2021, large-scale war games involving 26 nations, including the US. According to Washington, the multinational exercises will have 28,000 military personnel taking part.