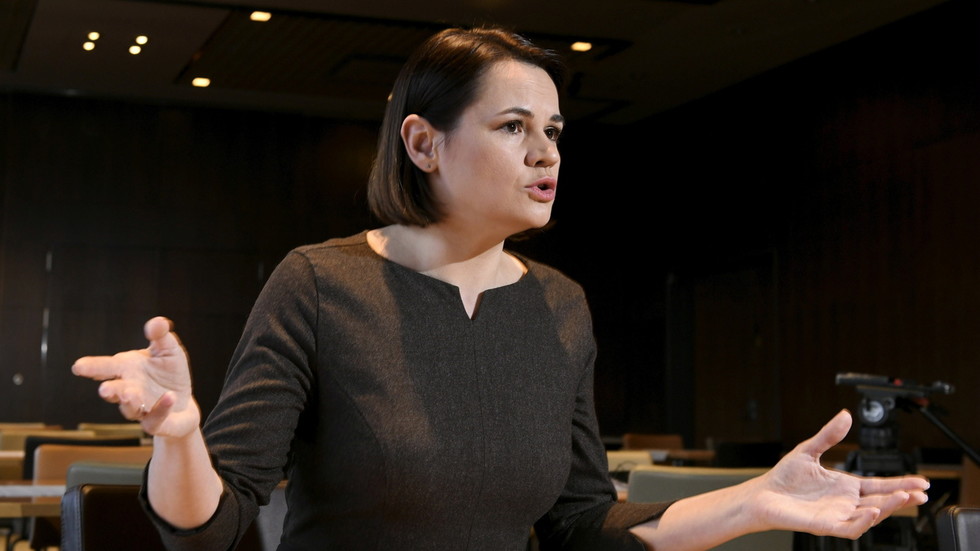 Belarusian opposition figurehead Svetlana Tikhanovskaya has called on Washington to impose tough new sanctions on some of the country’s biggest employers, urging President Joe Biden to raise the issue with Russia’s Vladimir Putin.

Tikhanovskaya, who stood against veteran leader Alexander Lukashenko in last summer’s disputed presidential elections before fleeing to neighboring Lithuania, made the call in an address to the US Senate’s Foreign Relations Committee on Wednesday. She argued that a concerted campaign from the West was essential to ousting Lukashenko, otherwise he would “turn our country into the North Korea of Europe – opaque, unpredictable, and dangerous.”

She urged the US to “expand sanctions against Lukashenka’s accomplices who finance his rule, including enterprises such as Belaruskali and the Mozyr Oil Refinery.” State-owned industry is a key part of Belarus’ economy, and the country is one of the world’s leading producers of heavy machinery, with the sector employing large numbers of citizens.

Also on rt.com Western enemies of Belarus are using country as ‘testing ground’ before an attack on Russia, says embattled President Lukashenko

Blasting the call for targeted economic measures, Russian Foreign Ministry Spokeswoman Maria Zakharova said in a statement later the same day that “Belarusians work at these enterprises! How can one ask to target people, their own citizens, who have been creating a domestic product for years, decades?!”

The opposition figure also urged Biden to raise her cause at an upcoming meeting with Russian President Vladimir Putin next week. The two leaders are set to meet for the first time since Biden’s inauguration in Geneva on June 16. Lukashenko recently met with Putin in the Russian coastal city of Sochi, with both sides reaffirming their warm relations and pledging closer co-operation in future.

Tikhanovskaya claims she was the true victor in last August’s presidential poll, which the opposition and many international observers say was rigged. Earlier this week, the former candidate compared the crackdown against those protesting the result to the 1968 ‘Prague Spring’ in a visit to the Czech capital. She has embarked on a tour of many European nations, meeting with government representatives and pressing for support in efforts to push Lukashenko out of office.

Also on rt.com US regime-change agency NED admits its role in the strife in Belarus, but leaked documents also implicate the UK Foreign Office