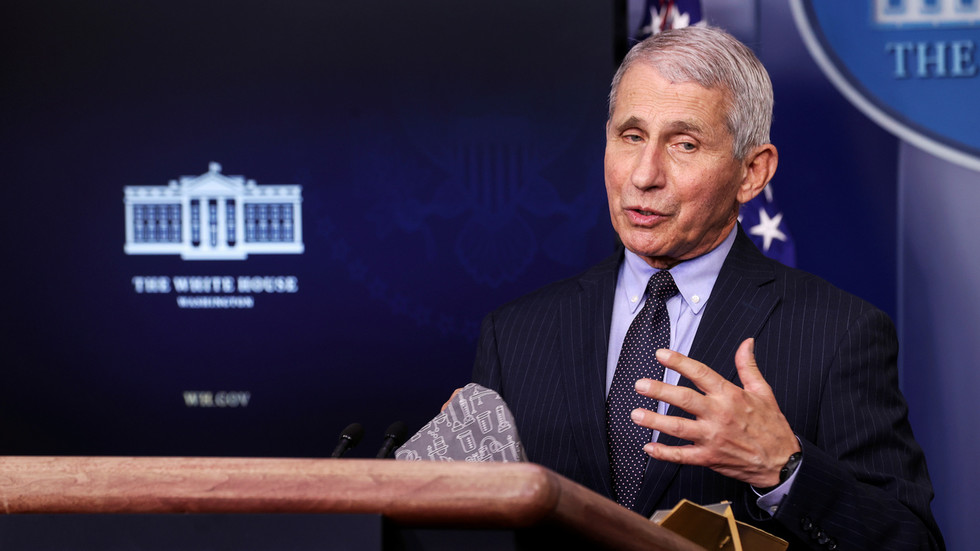 White House health advisor Anthony Fauci pushed back against growing controversy surrounding him, equating attacks on him to “attacks on science.”

While Fauci remains a leading force in the US government’s battle against Covid-19, he has become an increasingly divisive figure, especially in light of a recent dramatic flip on his position on vaccinated Americans masking, as well as leaked emails seemingly showing him wavering on public positions.

Asked about continuing attacks from mainly conservative critics, Fauci equated the criticism to attacking science itself.

Also on rt.com Pharmacist who tampered with Covid-19 vaccines after claiming they could alter people’s DNA receives 3yr jail sentence

“It’s very dangerous, Chuck, because a lot of what you’re seeing as attacks on me quite frankly are attacks on science, because all of the things that I have spoken about consistently from the very beginning, have been fundamentally based on science,” he told MSNBC’s ‘Meet the Press’ hosted by Chuck Todd.

While critics have argued Fauci’s emails show he was perhaps more open to a lab leak theory behind Covid-19 privately than publicly and flip-flopped his position on masking, the infectious disease expert has denied any wrongdoing in the messages.

“If you go through each and every one of them you can explain and debunk it immediately,” he said.

FAUCI: “A lot of what your seeing as attacks on me quite frankly are attacks on science because all of the things I have spoken about from the very beginning have been fundamentally based on science.” pic.twitter.com/O1oVkueEKR

As he has done in the past, Fauci argued that when he has seemingly changed his position on issues like masking, it’s because new data has been presented.

“As a scientist, as a health official, when those data change, when you get more information, it’s essential that you change your position because you’ve got to be guided by the science and the current data,” he said.

It was Fauci’s “science” defense that really stirred his critics – and Fauci believes they want him “fired” or “put in jail.”

“Beyond the dangerous arrogance and pomposity of proclaiming ‘anyone who criticizes me is attacking Science’ – thus placing himself off-limits from questioning – he *admitted* he purposely issued false, anti-science, politicized claims, such as telling people not to wear masks,” journalist Glenn Greenwald tweeted.

Not since the days of the former Soviet Union and their propaganda machines Pravda & TASS has ‘news’ outlets like MSNBC (among most others) been such blatant Pro Government Mouthpieces.Fauci will be (rightly) tossed in the dustbin of history for the fraud he has always been. https://t.co/vbsuCvJX6W