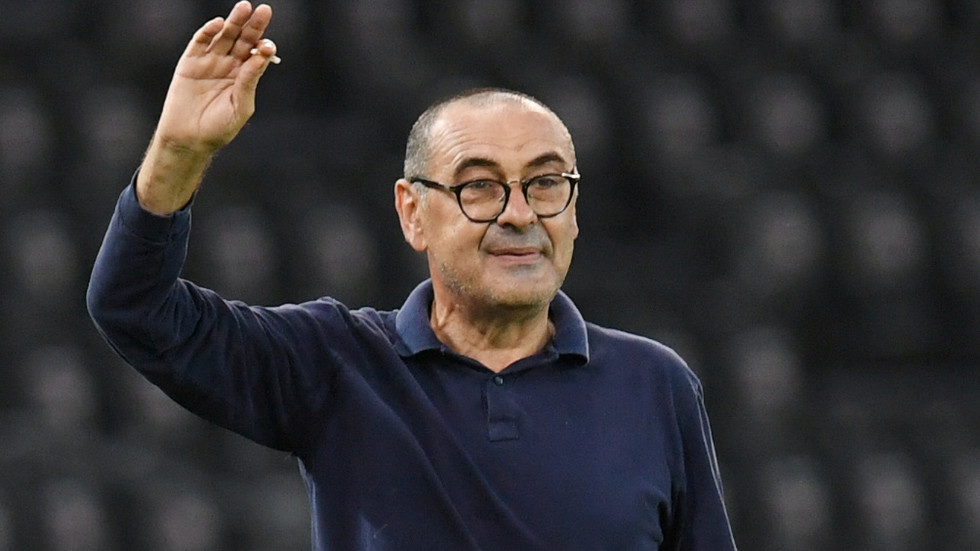 Lazio have announced the arrival of Maurizio Sarri as the club’s new manager – and the Roman giants had the perfect social media post to inform fans of the appointment.

Sarri, 62, was confirmed as the new boss of the Stadio Olimpico outfit on Wednesday, marking a return to football after spending last season on the sidelines following his departure from Juventus in the summer of 2020.

The Italian left Turin despite guiding the Bianconeri to the Serie A title – a decision that Juve were perhaps left ruing after replacement Andrea Pirlo only managed to steer them to fourth spot before being sent packing at the end of May.

Sarri is now back, and fills the spot left by Simone Inzaghi at Lazio after the 45-year-old ended a five-year stay to move to title winners Inter Milan following the departure of Antonio Conte.

Lazio had the perfect social media post to tease the arrival of their new boss, simply posting an emoji of a lit cigarette.

Sarri has become synonymous with the habit throughout his career, and reports have claimed he gets through up to 80 cigarettes a day.

If not allowed to smoke on the touchline, Sarri is often seen chewing on a cigarette butt to get him through matches.

The cryptic message was soon followed by images of a bank – a reference to Sarri’s former profession before he started out as a coach in the Italian lower leagues.

If fans hadn’t already twigged the identity of their new manager, a full reveal then came from the club, with a statement on their website simply stating “SS Lazio announces that Maurizio Sarri is the new coach of the first team.”

Sarri established himself among the elite of Italian coaching during his time at Napoli, guiding the team to a pair of second-place finishes behind Juventus in the table and being famed for the high-energy ‘Sarriball’ style of play instilled in his teams.

A switch to Chelsea followed in the summer of 2018, and although Sarri guided the team to the UEFA Europa League title and a third-place Premier League finish, the Italian and the London club parted ways by mutual consent after his philosophy failed to take root with fans.

Sarri’s return is part of a managerial merry-go-round which has seen 12 Serie A clubs change coaches ahead of next season, with only AC Milan and Atalana in the top 10 keeping their manager.

Sarri takes control of a Lazio team who finished sixth in Serie A last season, and who will play in the Europa League during their next campaign.