‘There’s no novelty here’: Putin refuses to get shirty over Ukraine Euro 2020 kit with Crimea on front 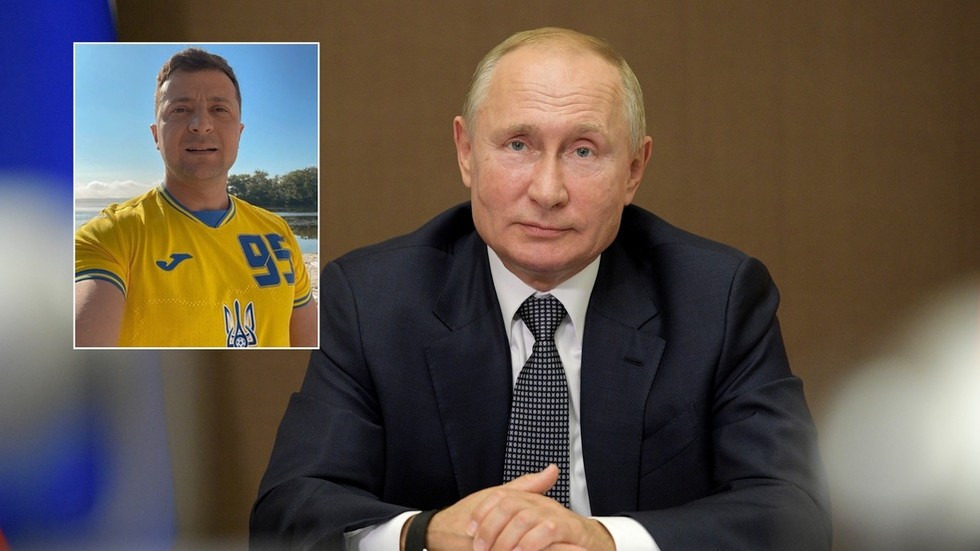 Russian President Vladimir Putin has suggested he was not overly bothered by Ukraine’s new Euro 2020 kit, which featured a design incorporating Crimea despite the peninsula rejoining Russia in a landslide referendum in 2014.

The Ukraine football team outraged some figures in Russia when they unveiled their new set of kits for the upcoming Euro 2020 tournament over the weekend.

The front of the shirts features an outline of a map of Ukraine which includes Crimea, even though the peninsula is part of Russia after citizens overwhelmingly voted to rejoin the country amid the civil disorder in Kiev in 2014.

The Russian Football Union has written to governing body UEFA to ask for clarification over why the kit was approved even though it contains elements deemed politically provocative.

That also includes two slogans woven into the shirts – ‘glory to Ukraine’ and ‘glory to heroes’ – which have been associated with WWII Nazi sympathizers.

Putin, however, said there was nothing novel in the approach adopted by Ukraine and the new kits.

“No,” replied the Russian leader on Wednesday when asked on national TV if he’d been offended by the shirts.

“There’s no novelty here, because the position of the Ukrainian authorities regarding Crimea is well known to us.

“They neglect the expression of the will of Crimeans, which also doesn’t fit with the understanding of what democracy is.”

Adding fuel to the claims that the shirts carry a clear political message, Ukrainian President Volodymyr Zelensky posted images of himself posing with the kit on his Instagram account.

“The new form of the national football team of Ukraine is definitely special,” read the accompanying text.

“It knows how to shock. It features several important symbols that unite Ukrainians, from Lugansk to Uzhhorod, from Chernihiv to Sevastopol.

“Our country is one and indivisible. Crimea is Ukraine.”

Judging by the response on Wednesday however, that grandstanding hasn’t ruffled any feathers with Zelensky’s Russian counterpart.

Euro 2020 runs from June 11 to July 11 and will be held across 11 host cities across the continent – including seven matches being played in St. Petersburg.

Russia have been drawn in Group B and start their campaign against Belgium on Saturday, before hosting Finland and then traveling to Copenhagen to take on Denmark.

Ukraine, meanwhile, are in Group C and play the Netherlands in Amsterdam on June 12, before taking on North Macedonia in Bucharest on June 17 and meeting Austria at the same venue four days later.

The earliest that Russia and Ukraine could theoretically meet in the competition is the quarter-finals, depending on factors such as where the two teams qualify in their respective groups, and assuming both countries get that far.