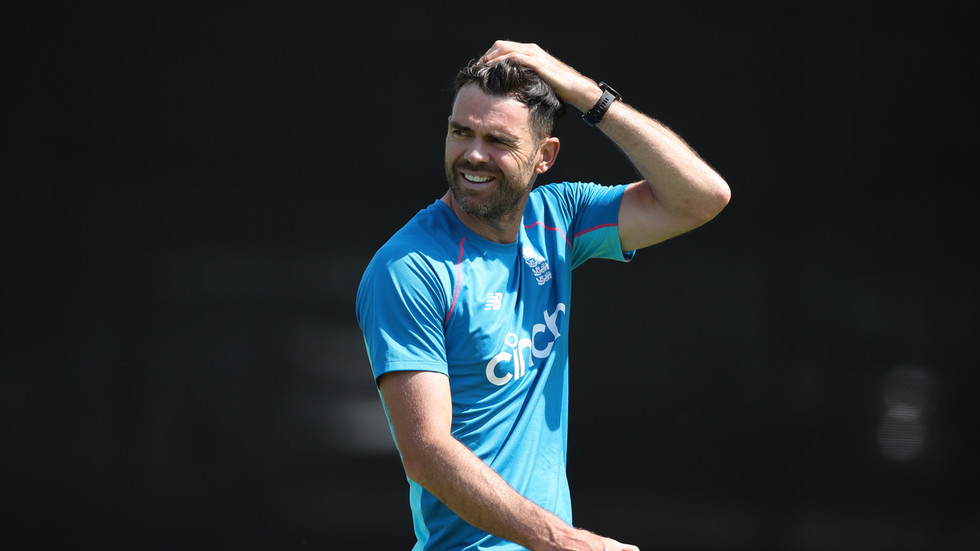 England’s leading all-time wicket taker, bowler Jimmy Anderson, has been forced to answer to old tweets as part of a social media storm that has seen cricketers blasted for decade-old posts deemed sexist, homophobic or racist.

The controversy kicked off last week, when England debutant Ollie Robinson was forced to make an apology for his past actions.

A bowler like Anderson, he had taken two wickets on opening day at Lord’s in a test match against New Zealand.

But what was meant to be a day to remember ended up being one to forget as tweets claiming his “new Muslim friend” was “the bomb” and references to “females who play video games” having more sex from 2012 and 2013 were dug up.

Also on rt.com Trying to skewer someone for dumb social media posts made 9 years ago as a teen is a new low for cancel culture

“I want to make it clear that I’m not racist and I’m not sexist,” Robinson insisted through a prepared statement. “I deeply regret my actions and I am ashamed of making such remarks.

“I was thoughtless and irresponsible and, regardless of my state of mind at the time, my actions were inexcusable. Since that period, I have matured as a person and fully regret the tweets.

“Today should be about my efforts on the field and the pride of making my Test debut for England but my thoughtless behavior in the past has tarnished this,” he acknowledged.

But as Robinson was suspended pending further investigation and will miss the second test against New Zealand, more of his peers have been forced to face their past.

On February 20, 2010, Anderson wrote: “I saw Broady’s new haircut for the first time today. Not sure about it. Thought he looked like a 15 yr old lesbian!”

The tweet has now been deleted, while the 38-year-old addressed the issue of whether he had gone through former posts to vet them.

“For me, it’s 10-11 years ago, I’ve certainly changed as a person. I think that’s the difficulty, things do change, you do make mistakes,” he said.

“It’s something that we’re definitely going to have to look at. But again, if we educate people well enough, if we get educated enough, the language in those tweets doesn’t go out in the first place,” Anderson added, while also revealing the players have had to attend racism “workshops”.

“It’s a difficult time. As players, we’re trying to learn from this really.”

“We’ve realized that it’s important to try and get educated around these issues, which we’re continuing to do with the ECB and the PCA (Professional Cricketers’ Association).

‘We’ve all been doing workshops before this series to try and help improve ourselves as people basically, to try and make sure that this sort of thing doesn’t happen.

“Yes, we do make mistakes, everyone does and as people we’ve got to try improve and make sure this sort of stuff doesn’t happen and make sure people are aware it’s not acceptable,” he finished on the topic in general.

Then moving on to Robinson, Anderson revealed that the 27-year-old “stood up in front of the group and apologized and you can see how sincere he was, and how upset he was”.

“I think as a group, we’ve appreciated that he’s a different person now. He’s done a lot of maturing and growing since then and he’s got the full support of the team,” it was said, by the figure who will become England’s all-time appearances leader in tests tomorrow.

ECB will now investigate. After Ollie Robinson and Jofra Archer , now Brendon McCullum , Eoin Morgan and Jos Buttler are also culprits. They had mocked Indian English in a very bad manner. From my point of view , This is just unacceptable and intolerable. These are the tweets. pic.twitter.com/DGMUZHvdI1

Anderson has since deleted his tweet, but two other cricket stars – Eoin Morgan and Jos Buttler – have been dragged into the furor in English cricket as tweets of them appearing to mock Indian accents went viral.

Buttler is captured saying “Well done on double 100 much beauty batting you are on fire sir,” to Alex Hales in August 2017, and there are messages from Morgan and New Zealander Brendon McCullum to Buttler from May 2018 with Morgan commenting “Sir you’re my favourite batsman” while McCullum adds “Sir, you play very good Opening batting,” which have also came to light”.

And in general, there has been backlash to the latest “witch hunt” in the sport.

The ECB has begun its investigation into Jos Buttler and Eoin Morgan after their old tweets mocking fans for their broken English come to light.#Eng

“For God’s sake it was 11 years ago when everybody had a sense of humor and didn’t take anything personal,” said someone of Anderson’s tweet.

Just the far left showing their hand. They have infiltrated every organisation and are showing they don’t need to be elected to control society.

“The Puritans are back in charge of the country,” someone else stressed.

“It was a very bad idea the first time round, and social media makes it 1000% worse.”

“Just the far left showing their hand,” it was pointed out.

“They have infiltrated every organization and are showing they don’t need to be elected to control society.”

That’s it Jimmy is never to play cricket again. His whole cricket career should be expunged.

“What has happened to this country??,” another commenter asked.

“That’s it. Jimmy is never to play cricket again. His whole cricket career should be expunged,” it was sarcastically demanded.

Also on rt.com UK prime minister Boris Johnson wades in to back England star Robinson after cricketer is canceled for racist and sexist tweets