Albanian parliament votes to impeach president, remove him from office for ‘violating constitution’ in election comments 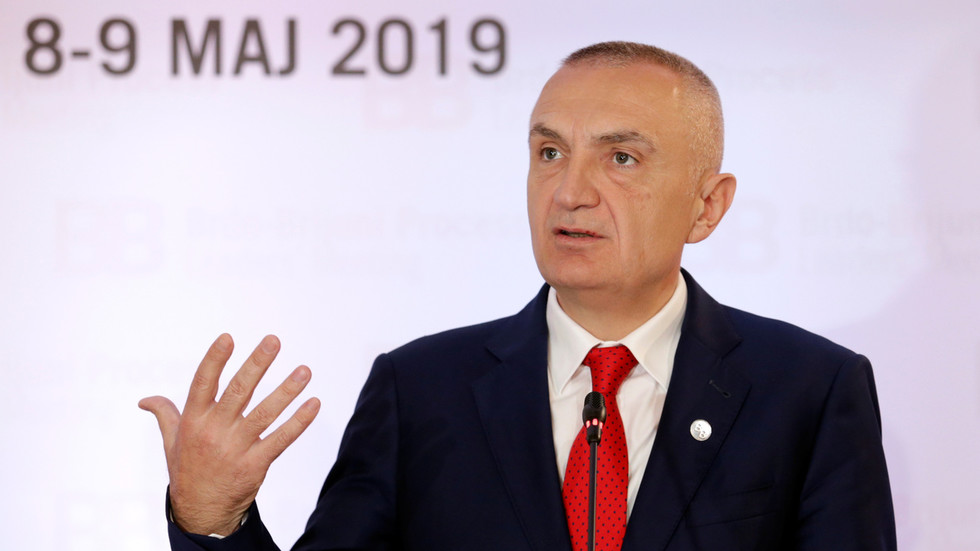 The president of Albania, Ilir Meta, has been impeached by lawmakers who want him removed from office amid claims he violated the constitution by being biased against the ruling Socialist Party ahead of an election.

On Wednesday, Parliament voted 104-7 to oust Meta after Socialist MPs received enough support from opposition lawmakers for the move. There were three abstentions.

A final approval to impeach Meta, whose role is mostly ceremonial and is supposed to be politically impartial, must still be granted by Albania’s Constitutional Court within three months.

The impeachment vote came after a 98-page report by parliament’s investigative committee found Meta had violated 16 articles of the constitution in the run-up to the April 25 general election.

Socialist MPs have accused Meta of inciting violence and supporting the opposition during the campaign.

Also on rt.com Albania’s president calls on citizens ‘to topple govt for violation of constitution’

The Socialists won the election for a third time in a row, taking 74 of the 140 seats in parliament.

Meta did not speak during or after Wednesday’s debate, but previously condemned the probe and impeachment bid as illegal. He has insisted parliament is not allowed to conduct investigations given it is still in a post-election transition period, with lawmakers not set to take their seats until September.

During a speech ahead of the vote, Prime Minister Edi Rama, who has previously clashed with Meta, accused him of having “betrayed the mission of the president” and “humiliated the constitution.”

The pair have come to blows in the past over Meta blocking the nominations of ministers and vetoing bills, while accusing Rama of presiding over a “kleptocratic regime.”

As well as his alleged political meddling, Meta was also accused in the parliamentary report of negatively affecting the functioning of the state and harming US-Albanian relations. Ahead of the election, the president criticized the US ambassador to Albania, Yuri Kim, for allegedly “supporting Rama,” who Meta claimed was “violating the election.”

The ambassador also hit back over Meta’s comments that Albanians would take up pitchforks if they didn’t agree with the result of the election.