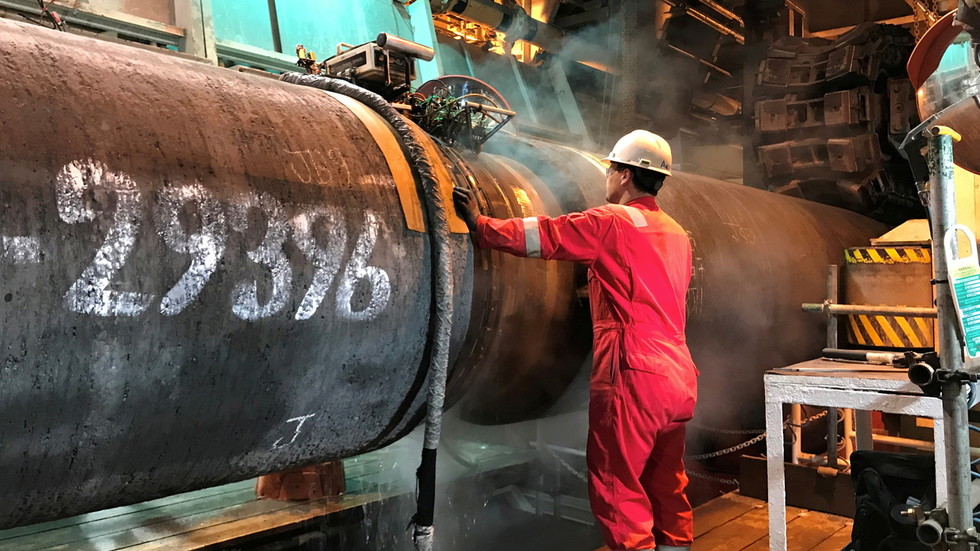 America’s long-standing opposition to the Russian-backed Nord Stream 2 pipeline could have destroyed its relations with Berlin, Washington’s top envoy has said, insisting it will find ways to ensure it doesn’t undermine Ukraine.

Facing questioning before the House Foreign Affairs Committee on Tuesday, US Secretary of State Antony Blinken said that “the worst possible outcome” of  persisting with sanctions against the nearly completed energy link would have seen Germany alienated and the construction finished regardless.

That scenario, he said, would have meant “physical construction of the pipeline [was] completed, the relationship with Germany poisoned and no incentive for Germany to come to the table to make good on working to mitigate the serious negative consequences.”

Also on rt.com Zelensky accuses America of paying for NS2 pipeline with Ukrainian lives & blasts Biden for not meeting him before Putin summit

Defending Washington’s decision earlier this year to drop sanctions against many of the firms involved in the laying of the gas line, he said that “the Germans have now come to the table.” Blinked revealed that “we are actively engaged with them” in order to try to find ways to mitigate any negative consequences for Ukraine.

On Monday, Ukrainian President Volodymyr Zelensky blasted the move, saying that Nord Stream 2 “is a weapon, a real weapon in the hands of the Russian Federation.” He lamented that “it is not very understandable… that the bullets to this weapon can possibly be provided by such a great country as the US.”

In addition, the embattled leader accused Biden of prioritizing friendly ties with Berlin over what he framed as an existential threat for his own country, asking “how many Ukrainian lives does the relationship between the United States and Germany cost?”

Officials in Kiev are concerned that they could stand to lose out on $3 billion a year in gas transit fees, which Moscow currently pays as part of a deal to keep using a network of Soviet-built pipelines running through the country. “Nord Stream 2 will disconnect Ukraine from gas supplies, which means ‘disconnecting’ us from at least $3 billion a year,” Zelensky warned earlier this week, adding that “we will have nothing to pay for the Ukrainian Army.”

Russia has denied that it intends to cut Ukraine off from gas after the current transit deal expires in 2024. However, Blinken revealed one option discussed with European partners is to guarantee that Ukraine keep receiving transit fees for “many years into the future,” hinting that US and EU taxpayers could end up further subsidizing the country’s armed forces.

“We’re looking to our allies and partners to commit upfront to taking action,” he said, so that “we don’t have to scramble if Russia does something bad,” he added.