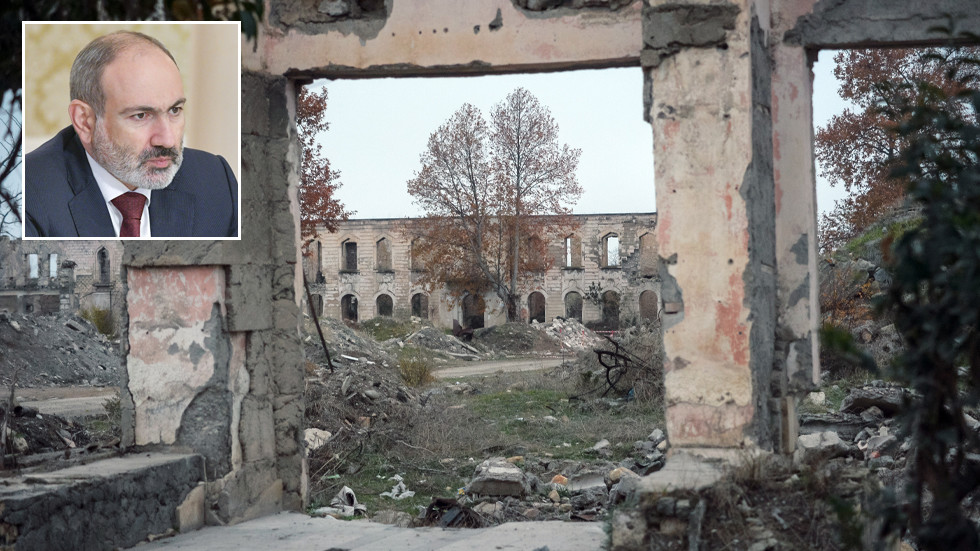 Acting Armenian Prime Minister Nikol Pashinyan has instructed the government to offer his son to Baku in exchange for prisoners of war who are still detained by Azerbaijan after last year’s Nagorno-Karabakh conflict.

Pashinyan revealed his offer on Wednesday during a meeting with his supporters in the northern village of Mets Mantash, which was broadcast on Facebook.

“I have instructed our relevant structures to officially suggest to the Azerbaijani side that my son is ready as a hostage to go to Baku instead of our prisoners,” the acting prime minister said.

Pashinyan’s son, Ashot, now in his early 20s, made headlines in both 2018 and 2020 when he signed up as a volunteer to serve in Karabakh.

The suggestion to send his son to Baku originally came from one of the acting PM’s most prominent critics, former President Serzh Sargsyan. Sargsyan had earlier criticized Pashinyan for saying that the captives may have to wait for a couple of months to be released and proposed that he should exchange his son for the Armenian prisoners.

“Does Pashinyan understand at all what state these people are in? Let him exchange his Ashotik for the 20-25 soldiers held in Azerbaijan,” Sargsyan said.

Writing on Facebook, Ashot Pashinyan confirmed that he would agree to be sent to Azerbaijan if Baku approved.

The conflict in Nagorno-Karabakh ended on November 10, 2020, following a trilateral agreement between Baku, Yerevan, and Moscow on the cessation of hostilities. The document led to the introduction of Russian peacekeepers in the region, the exchange of prisoners, the transfer of some areas of the region by Armenia to Azerbaijan, and the return of refugees to Nagorno-Karabakh.

On March 15, Azerbaijan announced that it had handed over to Armenia all the prisoners of war taken during the hostilities. According to Baku, the Armenians who have not been returned to their home country are not subject to exchange because they were either captured after the end of hostilities or stand accused of committing war crimes or terrorism, with others being branded as mercenaries.