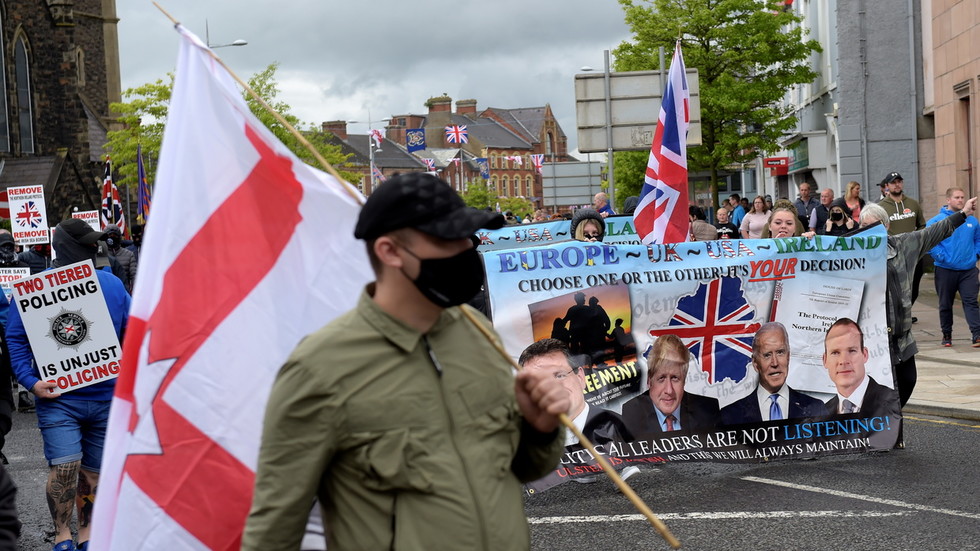 The UK prime minister has said his government will continue to push for “uninterrupted” trade with Northern Ireland after Britain unilaterally suspended Brexit checks on goods moving between Belfast and the British mainland.

Speaking at Prime Minister’s Questions on Wednesday, Boris Johnson said that maintaining the territorial and economic integrity of the UK remained his government’s priority at ongoing post-Brexit talks.

“What we’re prioritising is the right and the ability of the people of Northern Ireland to have access, as they should, freely and uninterruptedly to goods and services from the whole of the UK,” he told parliament.

His comments came as Britain’s Brexit Minister David Frost told reporters that negotiations in Brussels were yet to bear fruit on the issue of Northern Ireland, which as a result of the NI Protocol, remains effectively within the EU’s common market, cut off from the rest of the UK.

“What we now need to do is very urgently find some solutions,” he stated, following talks with European Commission Vice President Maros Sefcovic.

In a row, now dubbed the ‘sausage war’, because of the central role of chilled meats within the debate, the UK has urged the EU to take a more flexible, risk-based approach to Northern Ireland in an effort to allow the free flow of goods and services around the UK.

In March, London unilaterally extended the grace period before which customs checks would need to be introduced between Britain and Northern Ireland. The move irked the EU leading to legal action.

The grace period on some products, including chilled meats, runs out on June 30. Johnson’s spokesman said on Tuesday that there was “no case whatsoever for preventing chilled meat from being sold in Northern Ireland.”

Northern Ireland has seen a resurgence in sectarian violence this year, with many blaming Brussels and its inflexibility over the protocol.