‘I was young’: England ace Foden, 21, thanks Southgate for second chance after hotel scandal with Icelandic beauties 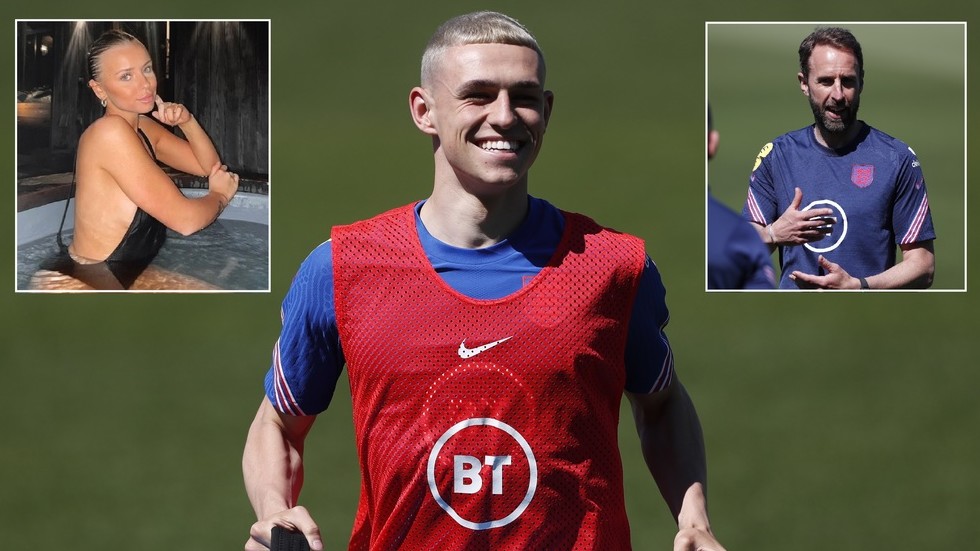 Foden and fellow starlet Mason Greenwood were sent home in disgrace in September, just hours after making their debuts in England’s UEFA Nations League win over Iceland in Reykjavik.

Foden missed the next set of England internationals before being recalled in November, while Greenwood was forced to wait until May when he was named in England’s provisional Euro 2020 squad, only to withdraw due to injury.

The two blonde-haired Icelandic beauties at the center of the row – Nadia Sif Lindal Gunnarsdottir and cousin Lara Clausen – later admitted the incident had been a “huge mistake” after hooking up with the pair of footballers on social media.

“We didn’t even know who Phil was,” said Gunnarsdottir of the Man City star, who is in a long-term relationship with Rebecca Cooke and with whom he has a son, Ronnie.

“I asked Phil who he was. I’m not that much into football. I don’t watch football at all. We didn’t even know that Mason played for Man United.”

But with the incident now firmly behind him, Foden said at the England camp this week that he was grateful to Southgate for handing him a reprieve despite the outcry over his bedroom antics.

“I made a massive mistake,” Foden said at the Three Lions’ St George’s Park base.

“I was young. But Gareth said if I keep just doing well and keep performing I should get another opportunity.

“So I had to work hard for it and there are not many managers who would give you another opportunity, so I have to thank Gareth a lot for giving me another chance.”

Foden finished the season with 16 goals and 10 assists for Man City across all competitions, forming an integral part of their Premier League-winning campaign.

The Stockport-born star was also named PFA Young Player of the Year.

On the eve of Euro 2020, where England kick off their campaign against Croatia at Wembley on Sunday, Foden has opted for a new blond hairstyle which has drawn comparisons to the great Paul Gascoigne and his distinctive look for the 1996 edition of the tournament.

“I’ve had the same haircut for what seems like ages now so I thought I’d just try something new,” Foden said.

“I woke up this morning with a lot of comparisons to Gazza and Eminem so yeah it was my own thing and people have turned it into something else.

“They (his England team-mates) have said that they’ve liked it so it’s a positive. It’s all been positive – which I’ve been surprised about.”

England’s build-up to Euro 2020 has been characterized as much by politics as it has tactics, amid a row over fans booing players for taking a knee before the warm-up games against Austria and Romania.

“Our players are role models. And, beyond the confines of the pitch, we must recognize the impact they can have on society,” wrote the 50-year-old former defender.

“We must give them the confidence to stand up for their teammates and the things that matter to them as people.

“I have never believed that we should just stick to football.”

On the pitch, England have been underwhelming in their two warm-up games, although both have taken place without an array of talent after stars from Manchester City and Chelsea joined the camp late following their Champions League exertions.

Fans are still guessing over what Southgate has in mind for his starting line-up against Croatia on Sunday, but the in-form Foden is heavily fancied to feature and seems to set play a large part in his country’s ambitions this summer.