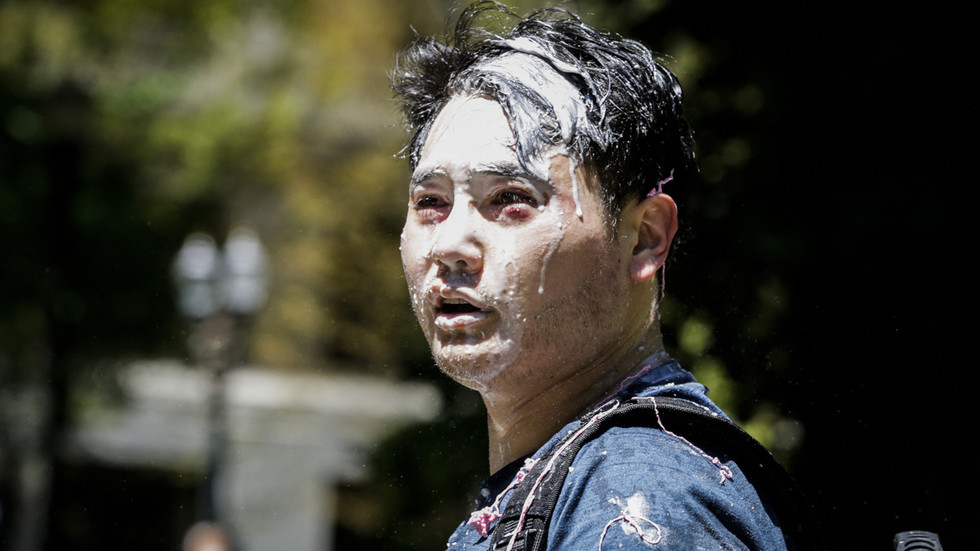 A group of Republican lawmakers has called on the DOJ to ensure that Andy Ngo and other journalists are able to report safely from Portland, claiming that the government has turned a blind eye to ‘left-wing’ violence in the city.

In a letter addressed to Attorney General Merrick Garland, five GOP members of the Judiciary Committee demanded that the Department of Justice address the ongoing unrest in the Oregon city, including physical assaults against members of the press.

The document details a recent incident in which Ngo, whose reporting on Antifa’s activities has made him a target of left-wing activists, was assaulted while covering a demonstration in Portland. Ngo managed to escape his assailants and took refuge in a nearby hotel. He was later escorted out of the building by emergency workers and transported to the hospital. The letter notes that Ngo had previously testified before their committee about violent “extremism” carried out by Antifa and other left-wing elements in Portland.

“We have repeatedly urged the Biden Administration to address the left-wing violence in Portland. Your refusal to do so has only emboldened these radical agitators to the degree that they feel comfortable targeting and viciously attacking a member of the press,” the lawmakers wrote.

The letter claimed that Representative Jim Jordan, a ranking member of the Judiciary Committee, sent two written requests asking the DOJ about how it plans to protect federal property being targeted by activists in Portland, and that both messages were ignored. The Republican lawmakers accused the government of “tacit acceptance of left-wing political violence” in the city which will “only incentivize further violence and attacks” on journalists.

The congressmen argued that the Department of Justice has an obligation to protect Ngo and other reporters from “violence and intimidation,” and inquired about current efforts to identify and prosecute individuals involved in assaults against Ngo and his fellow journalists. The lawmakers also asked the DOJ to provide information about what actions it was taking to prevent further assaults against the press from occurring.

Also on rt.com Armed standoff at Portland protest turns into scuffle after motorist and ‘volunteer security’ aim GUNS at each other (VIDEO)

Ngo was reportedly chased down and beaten on May 28 after activists spotted him at a rally marking the anniversary of Portland’s first protest against the killing of George Floyd.

“I was chased, attacked and beaten by a masked mob, baying for my blood,” Ngo wrote in a statement detailing the ordeal. “Had I not been able to shelter wounded and bleeding inside a hotel while they beat the doors and windows like animals, there is no doubt in my mind I would not be here today.”

The journalist called on local and federal authorities to “act” before “Antifa operatives hiding behind their masks succeed in murdering an American journalist on their watch.” He also urged members of the media to speak out against violence and intimidation tactics being used against reporters in Portland.

Ngo has been physically assaulted by Antifa before. In 2019, the conservative journalists suffered a brain hemorrhage and a ripped earlobe after being attacked by left-wing activists at an event in Portland.