‘It’s an honor, I voted for you!’ Mystery woman fawns over Kamala Harris at Mexico presser, as news org disavows her as reporter 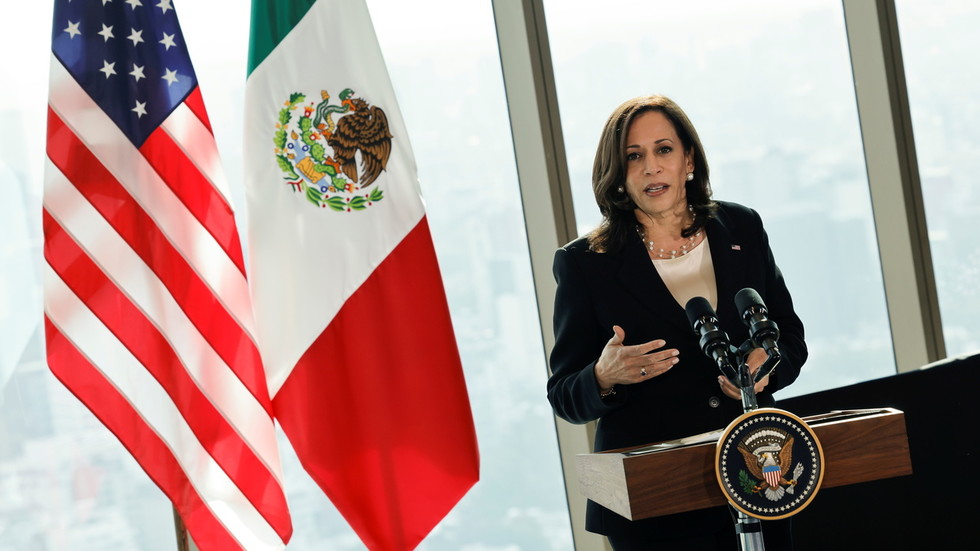 A woman introduced as a Univision reporter lavished praise on Vice President Kamala Harris during a press event in Mexico, even saying she voted for her, but the outlet now insists it has no tie to the self-avowed journalist.

Named as “Maria Fernanda at Univision,” the woman was permitted to ask the VP a question at the Tuesday presser, one of just five journalists called on by staffers for Harris. Before doing so, however, the woman took the opportunity to state “it’s an honor because I actually got to vote for the first time as a naturalized citizen, and I voted for you.”

However, it wasn’t long before the president of Univision News, Daniel Coronell, took to Twitter to distance his organization from the mysterious woman, in both English and Spanish. He gave her full name as “Maria Fernanda Reyes,” but maintained she does not work for Univision, offering no other details.

“In Mexico an individual which has no association with Univision claimed to be a reporter for UniNoticias in order to ask the VP a question and to compliment Kamala Harris,” he said.

Let it be clear to everyone that Ms. Maria Fernanda Reyes is not part of this media organization.

An anchor for the outlet, Ilia Calderon, echoed Coronell’s post, also stating the woman is not employed with Univision.

Moreover, Univision already had its own correspondent reporting from the press event, Jesica Zermeno, as was noted by Jorge Bonilla of Newsbusters.

While a reporter by the name of Maria Fernanda Lopez does work for a Miami Univision affiliate, it remains unclear whether the same journalist attended the VP’s presser on Tuesday. The local affiliate did not respond to RT’s request for comment.

Harris’ office has so far offered no clarification on the matter, leaving it unknown how the woman made it through security or what credentials she had to attend the press conference. The VP’s chief spokesperson, Symone Sanders, did note that the Harris team is “looking into” the issue, however.

With the mystery unsolved, theories quickly proliferated online. Critics of both Harris and Univision suggested the mishap could indicate a major “security breach,” or that the media outlet has not been fully forthcoming about its link to the woman.

This is a major security breach. How did that happen??? I’m actually worried someone with false credentials got this close to MVP. This time everything ended “well” and no one was hurt, but what about next time?

What an odd thing to say if your job is to be an impartial reporter.

Thank God we have a fair minded and free press to keep politicians and those in power in check, huh?