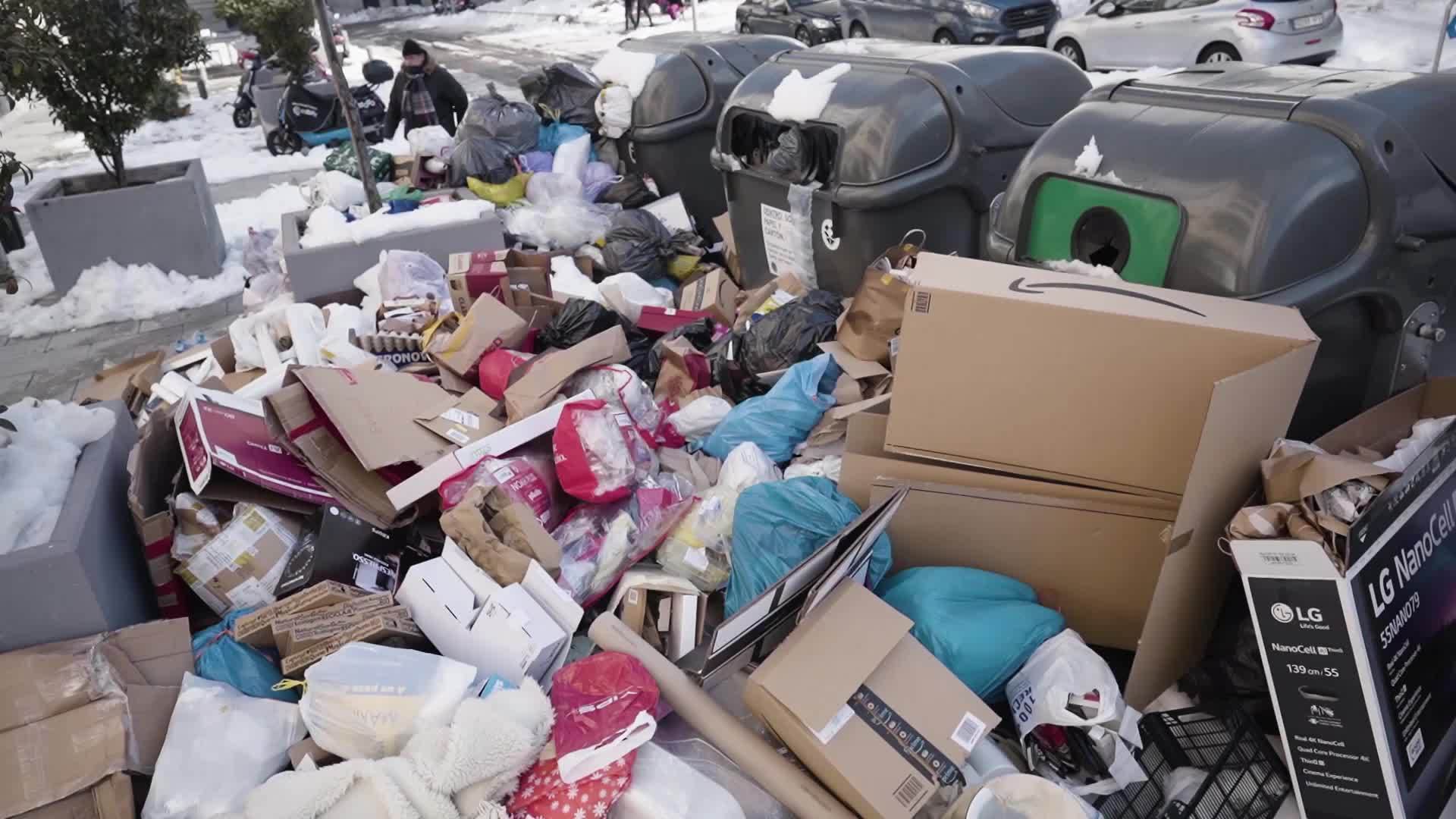 Madrid has not yet managed to fully recover from the effects of the Filonema storm, which hit the country last week and brought the largest snowfall to the Spanish capital in 50 years.

Waste containers full of rubbish and rubbish bags accumulating around them were filmed in the city on Thursday, while snow, ice, and fallen continuing to block access to the streets for garbage trucks.

“Garbage collection is very complicated because the neighbours aren’t empathic and they’re taking down all of it, it’s obvious that a snowplow can’t enter this street, so garbage trucks can’t enter either, they’re very heavy, and we’re overflown. Half of the trash will reach our shop window in a day,” said Cristina, local shop assistant.

According to local media reports, as of Wednesday, Madrid’s rubbish collection service had removed nearly 850 tonnes of waste from the streets, and it is estimated that more than 9,000 tonnes remain uncollected. It is estimated that in the next few days the service will be completely normalised.

The Filomena storm caused a historic snowfall in Madrid, the most intense recorded in a 24-hour period since 1971.