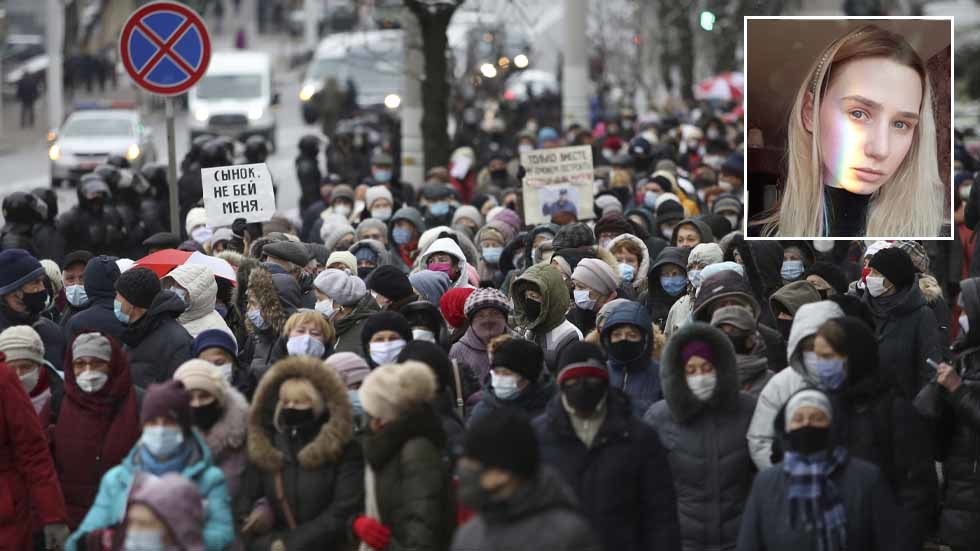 Two young journalists could be handed prison sentences over accusations that they participated in opposition rallies in Belarus, despite their insistence that they were covering events as reporters for a Western-backed news site.

Nadzeya Antonik, an officer of the Frunzenski Court in Minsk, announced on Facebook earlier this week that a criminal case had been filed against Daria Chultsova, a camerawoman from Belsat TV, and Ekaterina Andreeva, one of the network’s presenters. They stand accused of “organizing and preparing actions that grossly violate public order,” charges which carry up to three years incarceration.

According to the Warsaw-based channel, which is bankrolled by Poland’s Ministry of Foreign Affairs, the pair were arrested after live-streaming a demonstration on Minsk’s so-called ‘Square of Changes’. The protests followed an outcry after a resident of the capital, Roman Bondarenko, was allegedly beaten to death after being picked up by police outside his home on the plaza.

According to Andreeva’s husband, Igor Ilyash, who also works for Belsat, the charges have been commonly used against those reporting on events in the country since the beginning of the unrest last summer. “It’s a completely absurd situation,” he said. “She practically spent the entire protest in that apartment [where they had been filming], she didn’t leave there, she couldn’t take part or coordinate. The very fact that she ran a live broadcast is proof.”

Opposition figurehead Svetlana Tikhanovskaya, who stood against veteran leader Alexander Lukashenko in the country’s presidential elections last year, has since weighed in on the case from Lithuania, where she fled in the days following the vote. The one-time candidate, who has declared herself the rightful president of Belarus, urged her followers to send cards and letters to Chultsova, who she describes as a “political prisoner.”

Darja Chulсova is a journalist of @Belsat_TV and one of 178 political prisoners in Belarus. She streamed with her colleague the violent police crackdown on a peaceful protest in the Changes Square. You can support the repressed journalist by sending her a letter or a card. pic.twitter.com/GCnhRIUnEJ

While many foreign journalists, who are required to register with authorities in Minsk, had their credentials revoked last year, a number of native Belarusians have maintained a flow of information out of the country. However, several of the outlets that employ them are based outside the country or funded from overseas. Some are Russian, while others are Western-funded, such as NEXTA and Belsat.tv, which are based across the border in Poland. Lukashenko’s government bans media organizations that take funds from “foreign legal entities,” and does not distinguish between their journalists and protesters.

Belarus has been rocked by mass demonstrations and strikes since August, when Lukashenko claimed victory in his sixth presidential election since first taking office in 1994. However, the opposition and many international observers claim that the vote was rigged in his favor, and hundreds of thousands have taken to the streets to demand a new poll. Lukashenko has said that those forming the crowds are Western-backed “puppets.”