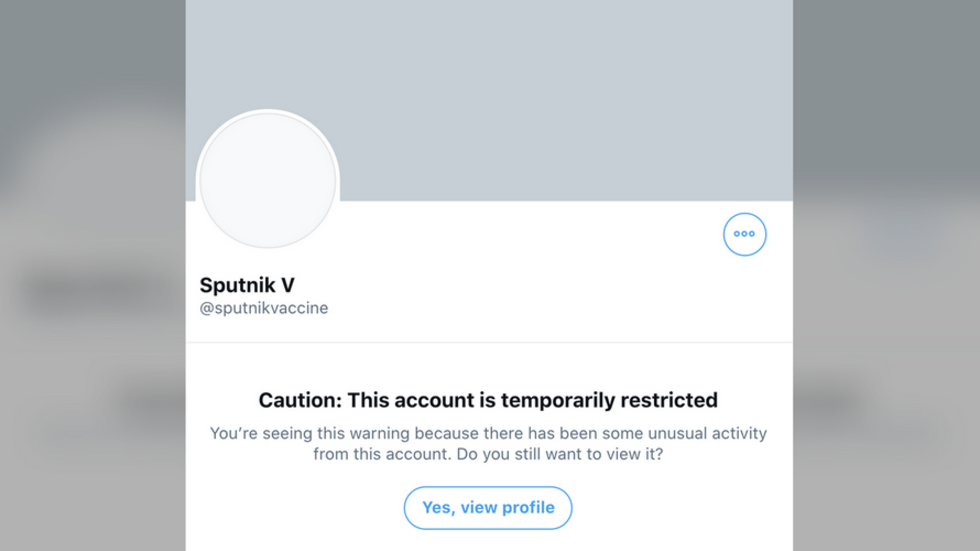 The account, @sputnikvaccine, showed up as “temporarily restricted” for a brief period on Thursday afternoon, due to “some unusual activity.”

Users could click on a warning to see the posts, the most recent of which was more than five hours ago.

“We are looking into the reasons for this,” the Russian Direct Investment Fund (RDIF), which sponsored the vaccine and runs its marketing efforts, posted on Telegram.

RDIF noted that they have been “open and transparent on how the vaccine works” and had offered AstraZeneca the use of one of the Sputnik V components and agreed to participate in joint clinical trials.

“We ask all our subscribers to write to Twitter asking them to restore our access,” the Fund said.

None of the posts on the Sputnik V account were tagged for “misinformation” or dispute about Covid-19, one of the many grounds Silicon Valley social media platforms have used to censor posts and delete accounts over the past year.

While the restriction is not the same as a ban – or “permanent suspension” in Twitter parlance – the development is disturbing.

The New York Post’s account was similarly restricted in the run-up to the 2020 US presidential election, for sharing an article about Hunter Biden’s laptop that was denounced as “Russian disinformation” but later confirmed to be authentic.

Also on rt.com ‘No new side effects’ detected in Sputnik V vaccine recipients as Russia ramps up vaccinations