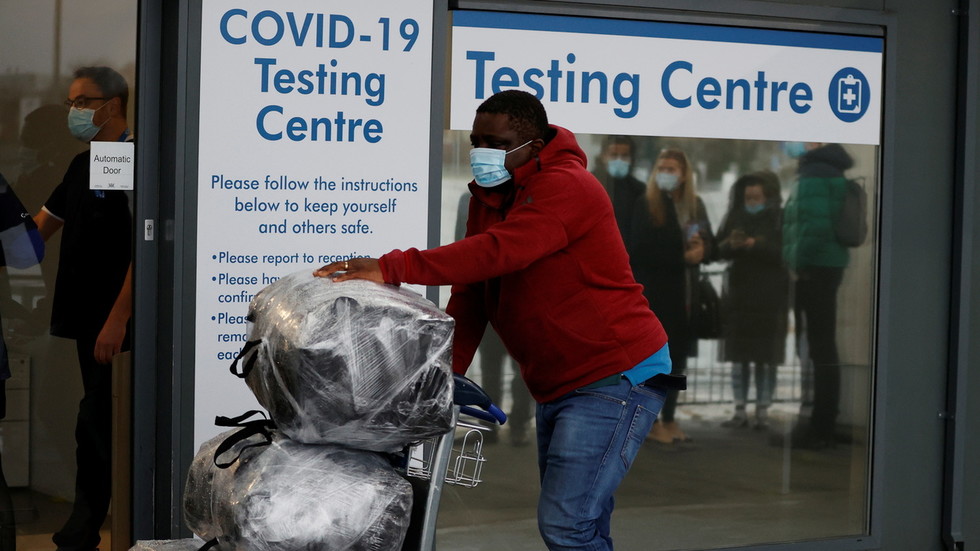 The UK will ban all travel from South America and Portugal from 4am GMT on Friday after the discovery of a new Covid-19 variant in Brazil, Transport Secretary Grant Shapps said on Thursday.

UK-bound travellers from Argentina, Bolivia, Cape Verde, Chile, Colombia, Ecuador, French Guiana, Guyana, Panama, Paraguay, Peru, Suriname, Uruguay and Venezuela who do not live in the UK will be banned from entering the country.

“This measure does not apply to British and Irish Nationals and third country nationals with residence rights – but passengers returning from these destinations must self-isolate for 10 days along with their households,” Shapps said in a tweet.

Portugal has been included on the list due to its strong travel links to Brazil, the minister said.

The measure comes after Japanese health officials said last week that they had detected a new coronavirus variant in four travellers who had arrived in Tokyo from Brazil’s Amazonas state on January 2.

Of the passengers, a man in his 40s had trouble breathing, while a woman in her 30s suffered a headache and sore throat, a teenage boy had a fever, and a teenage girl was asymptomatic, the Japanese Ministry of Health said.

The Japanese government this week expanded its state of emergency to seven more districts where health authorities detected the new virus strain.

Also on rt.com Japan notifies WHO of new Covid-19 variant found in travelers arriving from Brazil

On Wednesday, UK Prime Minister Boris Johnson told MPs that the government was “concerned” over the Brazil variant and that “lots of questions” of questions remained about it, including whether it was more resistant to vaccines.

World Health Organization Director-General Tedros Adhanom Ghebreyesus has confirmed that the health agency has been informed about the Brazil strain.