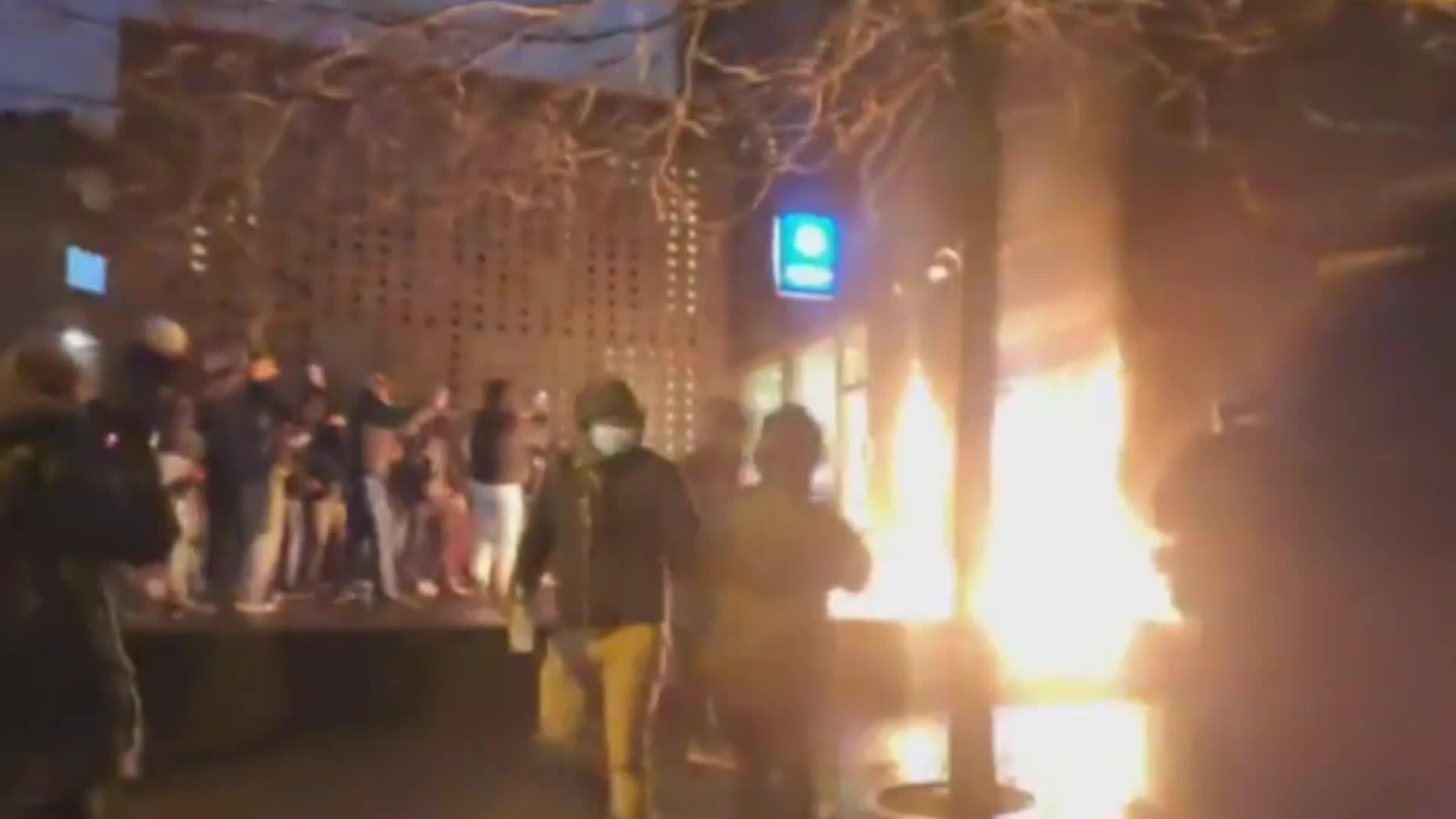 A Brussels police station was set on fire Wednesday night during a protest condemning the death of a 23-year-old black man Ibrahima B under police custody in the Belgian capital over the weekend.

A police station in the Schaerbeek municipality was seen on fire during the civic unrest of Wednesday night.

According to the Belgian police, Ibrahima B was arrested last Saturday for flouting curfew rules, and died about an hour after his arrest ‘due to the consequences of a heart attack.’ The prosecutor’s office has now launched an investigation.