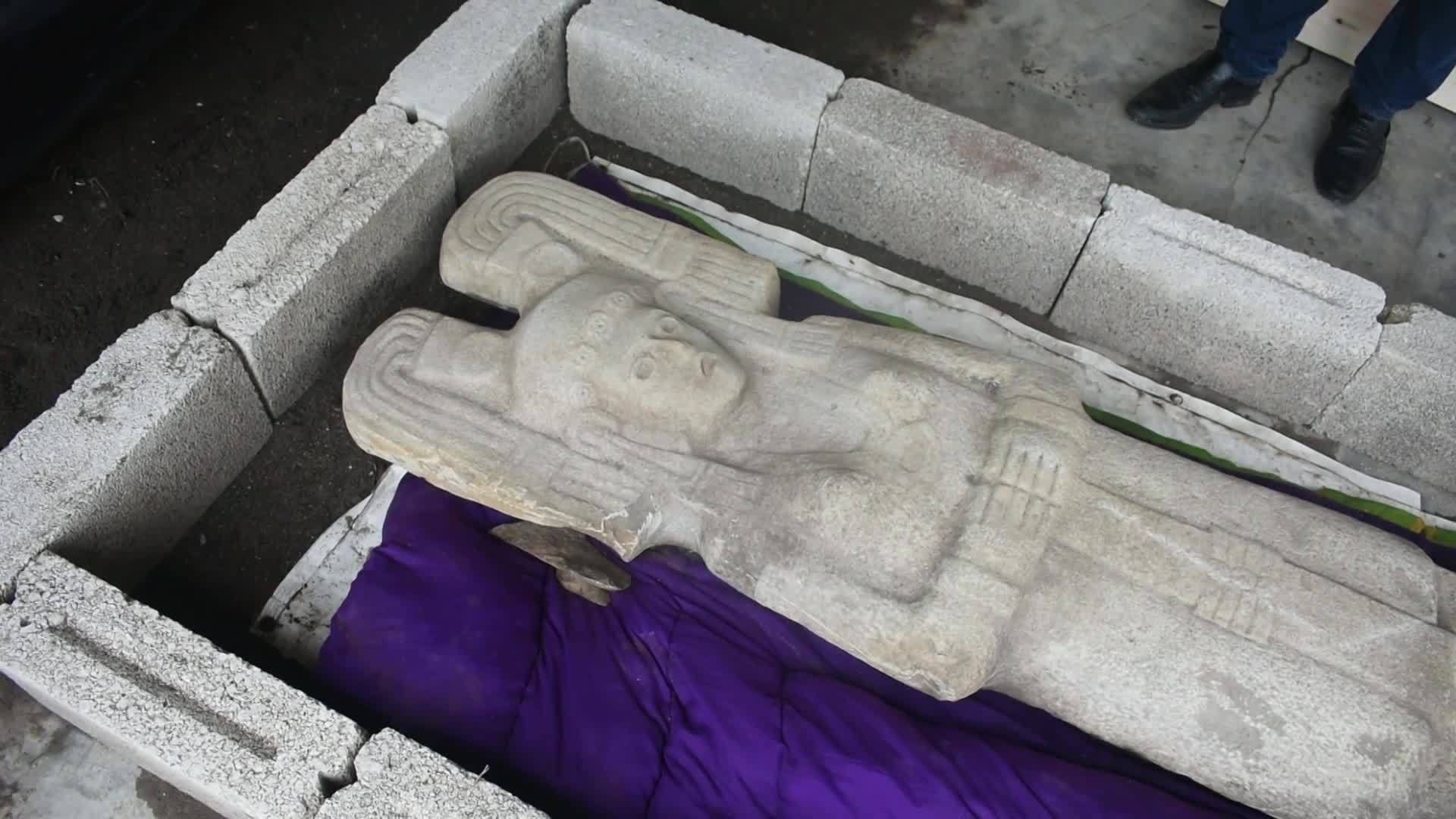 Farmers from Hidalgo Amajac, in the state of Veracruz, found a pre-Hispanic female sculpture on January 1, as footage filmed on Wednesday shows.

The piece, almost two metres (6.5 feet) high and belonging to the Huasteca culture, could be the representation of a young woman of the upper class rather than a deity, according to archaeologists.

“It is within the post-classical period, from the years 1400 or 1500 after Christ, which correspond to the Huasteca culture, and this is possibly a royal woman,” explained Cesar Cabrera Cruz, owner of the land and one of the discoverers of the sculpture.

Sculpted from limestone rock, the statue measures 60 centimetres (23.6 inches) at its widest and is about 25 centimetres (9.8 inches) thick. It is in a very good state of conservation, which allows the observing of its features, and it is the first statue of its kind found in the Tuxpan river basin.