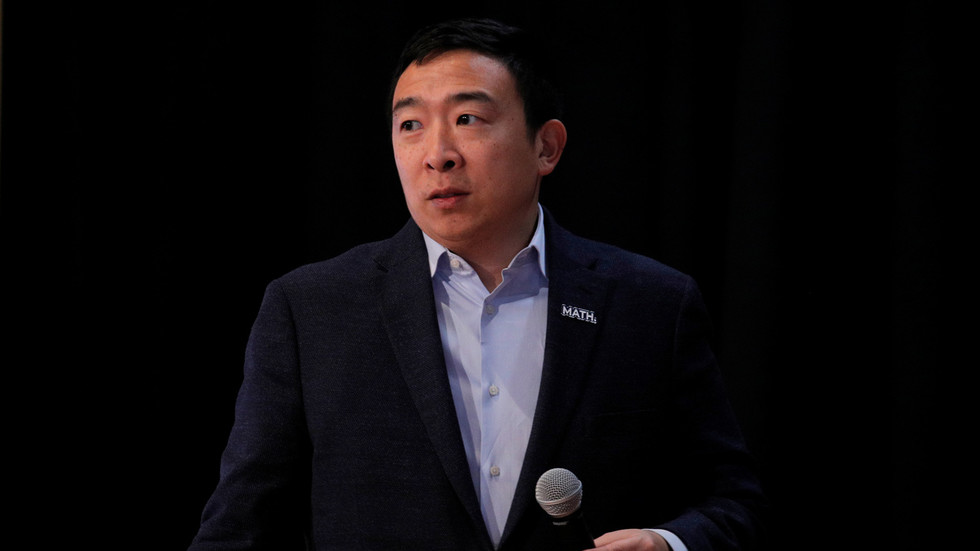 “Seeing my city the way it is now breaks my heart,” Yang says in his first campaign video, which was directed by acclaimed ‘Requiem for a Dream’ filmmaker Darren Aronofsky.

I moved to New York City 25 years ago. I came of age, fell in love, and became a father here. Seeing our City in so much pain breaks my heart. Let’s fight for a future New York City that we can be proud of – together. Join us at https://t.co/TGnxwuBiHBpic.twitter.com/n9zxPybgbh

The tech entrepreneur is one of dozens who have filed paperwork to run for office in an attempt to replace current Mayor Bill de Blasio, who will be term-limited out of office.

Among Yang’s promises is a scaled-back universal basic income program, something that gained him attention while he was vying for the presidential nomination from the Democrat Party in the 2020 election.

The Democrat’s plan for New York would give some $2,000 to each of half a million New Yorkers who are identified as being in the greatest need, and the money would be administered through the city’s Human Resources Department. It would cost an estimated $1 billion.

While running for president, Yang promised a universal basic income program that would have provided direct monthly payments to Americans, but his mayoral plan targets only 500,000 of the neediest residents living in New York City, which has a population of 8.5 million.

It’s unclear how he’ll pay for the program, but his campaign says he plans on pulling funds from “public and philanthropic organizations.”

Among his other attention-grabbing plans are “TikTok Hype Houses,” a term that has mostly led to confusion on social media.

“Our administration would work to attract young content collectives, such as TikTok Hype Houses, where young artists collaborate,” his campaign website states.

Yang is a longtime resident of New York City, but he was met with criticism when it was revealed recently that he fled the city at the height of the Covid-19 pandemic, which has caused numerous businesses to shut down due to government restrictions in place.

Yang explained his decision by saying it was simply too difficult to live in his two-bedroom Manhattan apartment with his children, one of whom has autism, virtual learning.