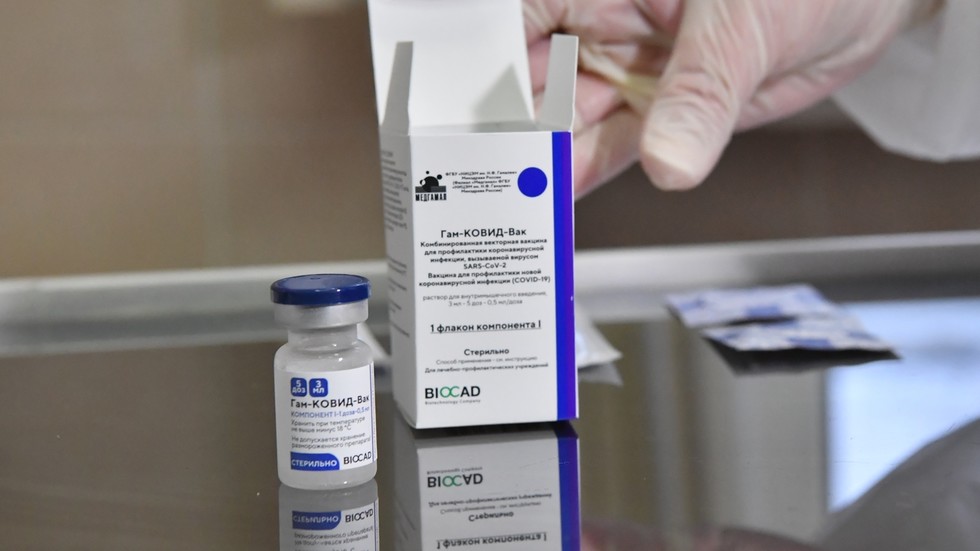 The developer of Russia’s pioneering Covid-19 vaccine says monitoring of recipients has shown no side effects that had not been identified during earlier clinical trials. Russia is to boost vaccination pace starting next week.

So far some 1.5 million people received doses of the Sputnik V vaccine, and now Russia is preparing to upscale the immunization campaign. Commenting on the development on Thursday, the head of the research lab that developed the vaccine reassured the public about its safety.

“We are continuing to monitor [recipients]; there are no new side effects, everything is fine,” Alexander Gintsburg, the head of the Moscow Gamaleya Research Institute of Epidemiology and Microbiology, told RIA Novosti. The monitoring involves thousands of people taking part in a post-registration clinical trial of the vaccine rather than everyone vaccinated.

Like other Covid-19 vaccines being deployed throughout the world, Sputnik V was given emergency approval before a multiyear clinical trial — normally required for a new drug — could be conducted. Vaccine developers are on alert for possible rare adverse reactions to their products that never showed up during the necessarily limited tests they conducted.

Sputnik V has so far been offered to Russians who face the most serious risk of contracting the disease, like medics, and essential workers. Though as more doses become available the list of valid recipients has grown. This week, President Vladimir Putin ordered the government to prepare for a “mass vaccination” as opposed to “large-scale vaccination” done previously.

Also on rt.com Antibodies for all! Putin orders mass vaccination against Covid-19 with Sputnik V jab to be offered to every Russian

According to Gintsburg, the production of Sputnik V for Russia’s needs has reached 3.5 million doses per month, with plans to further boost the capacity. Two doses administered weeks apart are necessary to properly immunize a person.

A single shot regimen, dubbed ‘Sputnik V Light’ has shown a high efficacy of between 73 and 85 percent, according to Kirill Dmitriev, who heads Russia’s sovereign wealth fund. The Russian Direct Investment Fund (RDIF) sponsored the development of Sputnik V and is involved in its international marketing.

Dmitriev told Reuters on Thursday that Russia aims to supply about a quarter of global demand for Covid-19 vaccines, including by licensing it for manufacture in other nations. The combined production in Russia and elsewhere is expected to reach seven-digit numbers per month in February, with 95 percent of foreign-made Sputnik V allocated for export contracts.

The Gamaleya Research Institute meanwhile is preparing paperwork to test their vaccine on children, with a clinical trial expected to start in spring, the researcher said earlier this week. Children are less susceptible to Covid-19 and tend to have light or asymptomatic cases. But the young can be carriers and thus pose a threat to more vulnerable family members. And they can still develop severe symptoms in rare cases.

Gintsburg is hopeful that vaccinations, including Sputnik V, will help rein in the pandemic, but does not expect the coronavirus to just vanish. His institute is working on a solution that will allow integrating the vaccine against Covid-19 into seasonal flu shots. The influenza virus is notoriously mutable, which means medics have to do a lot of guesswork preparing for each seasonal outbreak when they decide which variants to immunize against.

“We are testing things with [influenza] stems we have and will later add current stems,” Gintsburg said. “But the clinical trial is in our plan for the beginning of next year.”