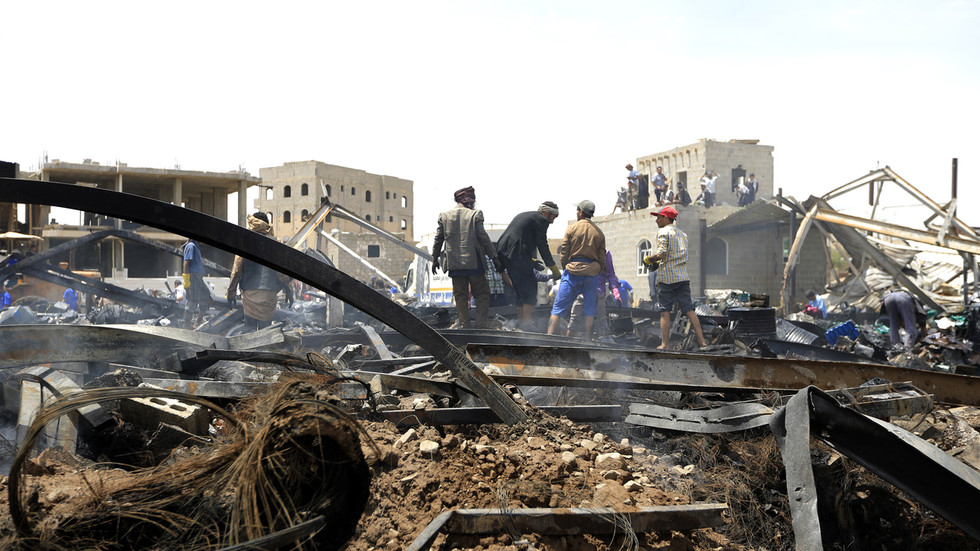 The International Committee of the Red Cross (ICRC) has said it is worried that the US designating Yemen’s Houthi rebels as a terrorist group will severely hurt much-needed humanitarian aid to the war-torn country.

“In particular, the ICRC is concerned about the possible ‘chilling effect’ the designation may have on humanitarian action, leading to it being impeded or delayed,” the agency’s director of operations, Dominik Stillhart, said in a statement.

Increased operational risks and possible de-risking from the banking and private sectors in response to the designation ultimately may constrain the humanitarian response in Yemen.

Stillhart urged the US government to consider “humanitarian carve-outs” from their designation in order to mitigate any negative impact on the “affected population.”

On January 10, the US added the Houthis, the Iranian-backed rebel force which seized Yemen’s capital, Sanaa in 2014, to its list of foreign terrorist organizations. Three Houthi leaders were also separately designated as global terrorists.

US Secretary of State Mike Pompeo said the move is intended to hold the Houthi movement accountable for “its terrorist acts, including cross-border attacks threatening civilian populations, infrastructure, and commercial shipping.”

A Saudi Arabia-led coalition of Gulf states launched an intervention against the Houthis in 2015, carrying out a devastating aerial bombing campaign. The Houthis responded by launching missiles into Saudi Arabia.

Three ICRC workers were among the dozens killed in an ambush on Aden International Airport on December 30, as the newly-formed cabinet for the government-controlled parts of the country landed back in Yemen from Riyadh. The Houthis have been blamed for the attack, but denied responsibility.

In early December, the UN reported that at least 233,000 people have perished during the five years of war, including 131,000 who died from the lack of food, health services, and infrastructure. The UN’s humanitarian office in Yemen projected that 24.3 million people there will need some form of humanitarian aid this year.