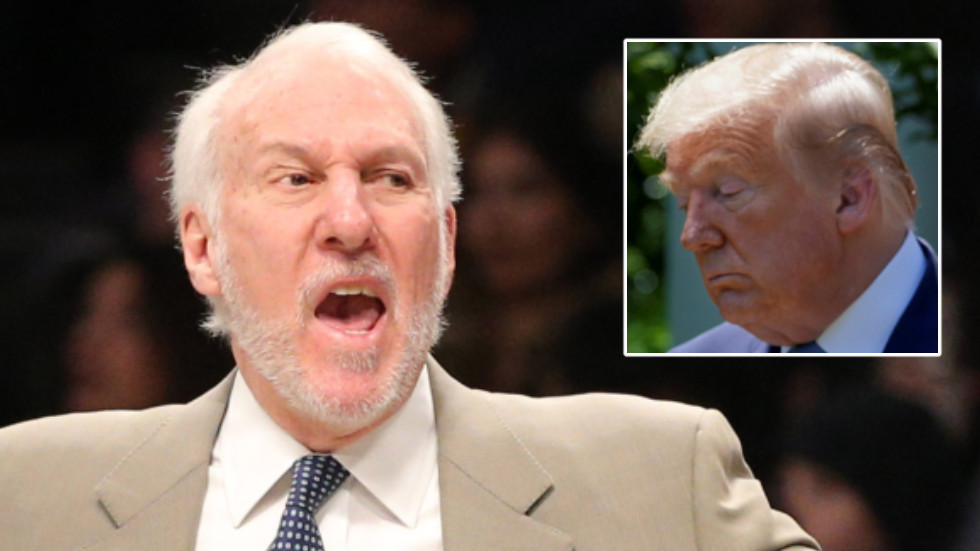 Five-time NBA-winnng head coach and US Air Force veteran Gregg Popovich has branded the impeachment of Donald Trump “a good move” after the “horrific” Capitol riots – and blasted the “hypocrisy” of Senators who voted against it.

San Antonio Spurs coach Popovich was unequivocal in his support for the unprecedented second sanction against the outgoing president, claiming that it would “say a lot” and condemning politicians who warned that the move would be divisive amid an already incendiary atmosphere in America.

The Air Force Academy graduate, who spent five years in the forces, decried “crazy nuts”, “wack jobs” and “conspiracy theorists” for bringing the US to its current state of socio-political crisis.

“This impeachment will say a lot,” thundered the 71-year-old. “If anything, it will bring people together rather than be divisive.

“It will bring people together who may have thought a different way and realize what Trump can really do and what he really is. So I’m all for it. It’s a good move.

“As a citizen, what we all watched [at the Capitol] was horrific, and we all saw the lack of concern and incompetence on the part of our president, which is really sad.

“He is what he is, but what that does for our democracy and our country and our standing and our credibility, let alone the safety for all those people in the building, is just enough to fry your brain. It is something you can’t even conceive of.”

Gregg Popovich, speaking pregame on what’s happening in D.C., calls Josh Hawley and Ted Cruz smart, but “worse than Trump, because they’re not sick. They’re not deeply flawed. Mr. Trump is not a well man.” (HT @EvanClosky for video) pic.twitter.com/i9HKjMKMYl

“Trumpism is a cult,” he seethed. “She’s a real Republican. I’m a Democrat. Her values are just as important as my values.

The three-time NBA Coach of the Year described the actions of the likes of Ted Cruz, who was one of the Republicans to fuel mistrust in the voting system by objecting to results, as “dangerous” and “sickening”.

“It’s hilarious, the level of hypocrisy they would reach and the shame they would not feel,” he added, slamming their suggestions that impeachment would lead to further tensions.

“As I’ve said before, they just think we’re stupid. They are so full of themselves, so full of hubris, that they actually think a sane person is going to buy that argument.”

Speaking after the riots last week, Popovich said he believed “with all his heart” that “Trump enjoyed” the violent incidents in which four people died.

He also called Cruz and Senator Josh Hawley “worse than Trump because they’re not sick”, adding: “They’re not deeply flawed. Mr Trump is not a well man.”

Popovich has also praised NBA legend LeBron James for speaking out on social issues. “I think he’s going to be an iconic figure,” he said. “I am so proud of this guy.”