Russian prison service ‘obliged’ to detain Navalny when he returns to country, as opposition figure packs bags for flight home 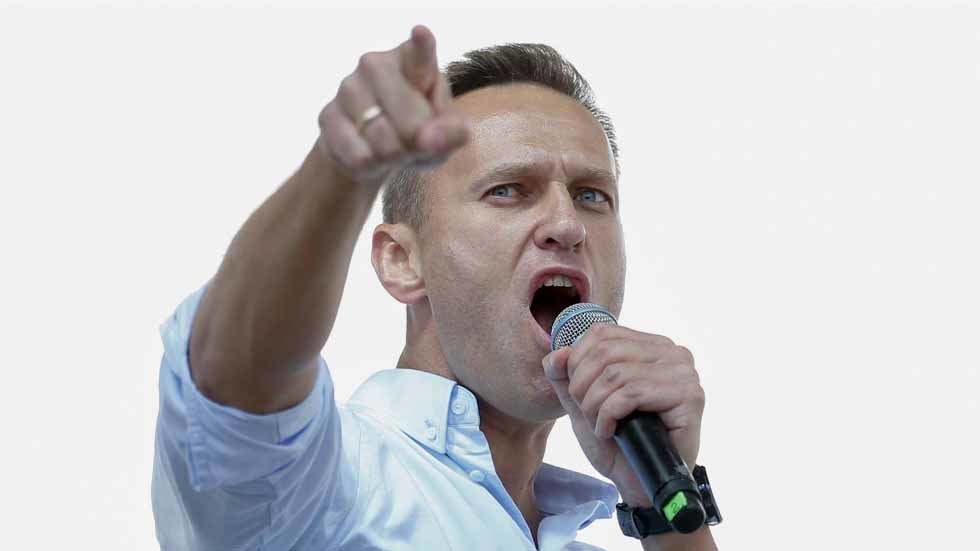 Russia’s Federal Penitentiary Service has said that it will take “all available steps” to arrest opposition figure Alexei Navalny. The Moscow protest leader has said he will fly back to the country from Germany later this week.

In a statement issued on Thursday, officials said that “convict A.A. Navalny was put on the wanted list with instructions that he be detained when his whereabouts were established.” This, they add, was due to the fact he lost contact with the service in September, and was a condition of his suspended sentence for a previous fraud conviction. “Taking into account these malicious violations,” the ministry added, “guided by the principle of liability and the requirements for laws to apply equally to all citizens of the Russian Federation without exception, the Federal Penal Correction Service in Moscow is obliged to take all actions to detain the offender before a court decision to replace the suspended sentence with a real one.”

Also on rt.com ‘I’m coming home’: Navalny announces he will return to Russia on Sunday, despite stated belief that Kremlin tried to murder him

On January 13, Navalny posted a video to Instagram in which he repeated claims that he had been poisoned with a deadly nerve agent on the orders of Russian President Vladimir Putin. Despite this, he said, he would fly home on Sunday, having been transferred to the Charite hospital in Berlin in a comatose state back in August.

A lawyer for the opposition figure announced earlier this week that his client has been placed on a federal wanted list, and could therefore be arrested the moment he steps off the plane in Moscow. His probation related to a 2014 case in which he was found guilty of embezzling 30 million rubles ($400,000) from two companies, including French cosmetics firm Yves Rocher. His three-and-a-half-year sentence was suspended for five years, before being extended for a further year. It was due to expire on December 30, 2020.

Navalny was transferred to Germany from an intensive care unit in the Siberian city of Omsk in August after being taken ill on a flight to Moscow. His team, and many international scientists, claim that he was poisoned with the nerve agent Novichok. The incident has since become an international dispute, with Berlin leading the charge for fresh sanctions against Moscow officials it says were responsible.