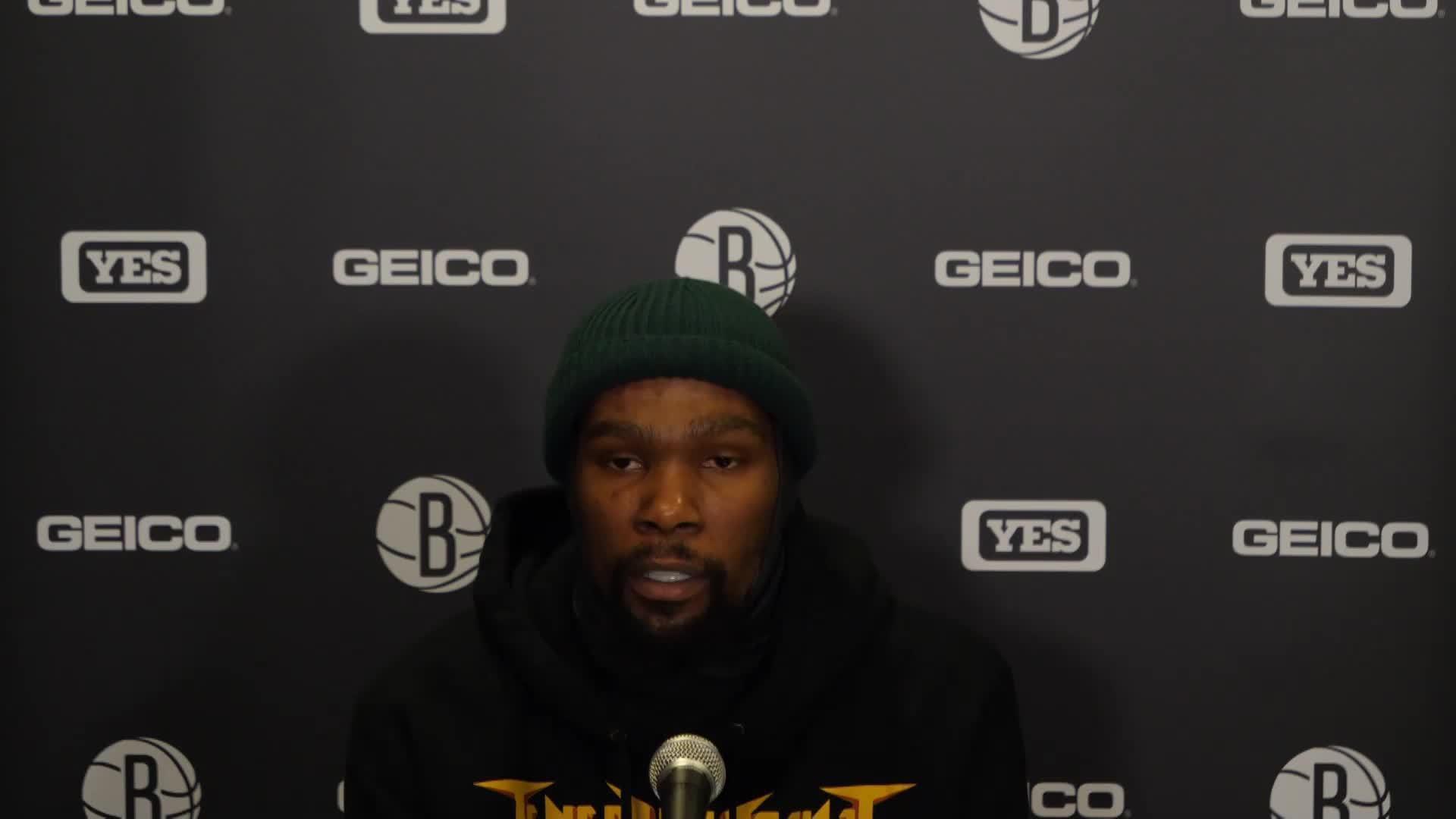 Brooklyn Nets’ power forward Kevin Durant said that playing with James Harden was fun at a post-match presser on Wednesday following reports his old teammate would be joining the Nets after a blockbuster trade deal with the Houston Rockets.

Durant said to have enjoyed the time when the 31-year-old Houston Rockets star Harden and him played together but refused to comment on the trade as it had not been made official yet, whilst speaking to members of the media after securing a victory over the New York Knicks at Madison Square Garden.

Kevin Durant and James Harden played together at the Oklahoma City Thunder reaching the 2012 NBA Finals in 2012.

Durant’s comments on Harden comes after the Houston Rockets’ shooting guard said on Tuesday night the situation at Houston Rockets was ‘unsolvable’ and resigned from the team, building up speculation about his transfer to the Brooklyn Nets.