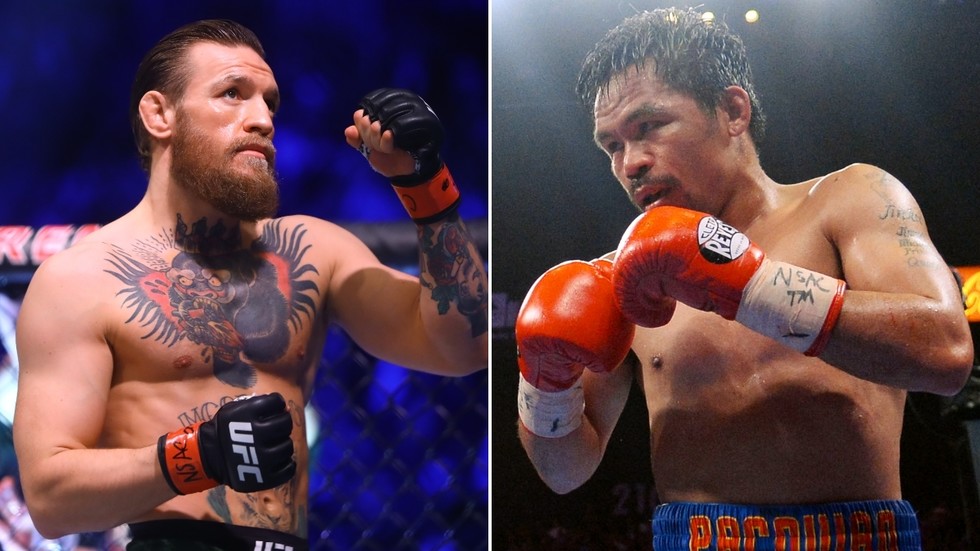 Conor McGregor may be preparing for his UFC return against Dustin Poirier at UFC 257 on January 23, but the Irishman has dropped his biggest hint yet that he could return to the boxing ring – and it could even happen this year.

Speaking to The Mac Life, McGregor explained that there are behind-the-scenes discussions ongoing for a potential blockbuster boxing clash with multi-weight world champion Manny Pacquiao, who recently signed with Paradigm Sports Management, who also represent McGregor.

And the Irishman sensationally suggested that his return to compete in the boxing ring potentially could come sooner, rather than later.

“I know the talks are intensifying for this year,” he explained.

“So I am excited for a Manny Pacquiao bout, and it’s looking like it will take place this year. What time this year, I’m not sure. We’re going to have to have some good discussions with Dana and with the guys and the UFC after [the Poirier fight] and see where it goes, what’s there, what do we want. I am open to it all. I am ready for it all.”

McGregor’s comments come after the president of the WBC, Mauricio Sulaiman, told UK newspaper The Sun that McGregor would immediately qualify for a shot at a WBC world title if he beat a Top 15 opponent from their rankings.

“I would say he needs to face and defeat a ranked fighter. Then he would be eligible to be ranked and to compete for a title,” he said.

“We have plenty of examples of Muay Thai fighters who turn professional in international boxing and they are eligible to fight for the title.

“We also have amateur superstars like Vasiliy Lomachenko. They come into professional boxing and fight for the title, and it’s proven it works.

“If he is to start boxing and proves himself with victories in boxing, then he should certainly be given the opportunity to fight for a world title. We in the WBC consider the amateur career as one of the criteria for rankings. And, for example, Muay Thai in Thailand, we consider that career also when they enter into boxing.

“Conor has a mixed martial arts resume. So if he comes into boxing and wins a fight against a ranked fighter, he would be eligible to be ranked.

“This is not a rookie entering the sport. He has a long history of combat sports. So it’s a different scenario to what it used to be in the past.”

Sulaiman also said that he felt McGregor’s abilities, as shown inside the UFC octagon as well in his performance in defeat against Floyd Mayweather in his lone professional boxing bout to date, suggest that the Irishman will have the credentials to potentially challenge for a WBC title.

“What we saw with Mayweather was of course different with the times, the rounds – it is not the same to fight five rounds to then go 12 rounds,” he said.

Also on rt.com ‘I was not surprised to see him walk away’: Conor McGregor says Khabib Nurmagomedov ‘scurried away’ from UFC, eyes Russian’s title

“But he has ability, he has power, he has status as a fighter. But to compete and become a world champion in the WBC, he would need to fight in boxing and by merit be ranked.

“Then he would be in the position to challenge. I don’t know what weight category he would be, but definitely he would need to get a decisive win against a quality opponent to be considered to be ranked.”

McGregor revealed that he’s more than aware of Sulaiman’s comments, and said that he intends to finish his career as a two-sport world champion after capturing championship belts in both MMA and boxing before he retires from active competition.

“I appreciate the comments from Sulaiman and I’ll certainly attain a boxing world title before I call it a day,” he said.

“And I would be very excited to do it against Emmanuel Pacquiao.”