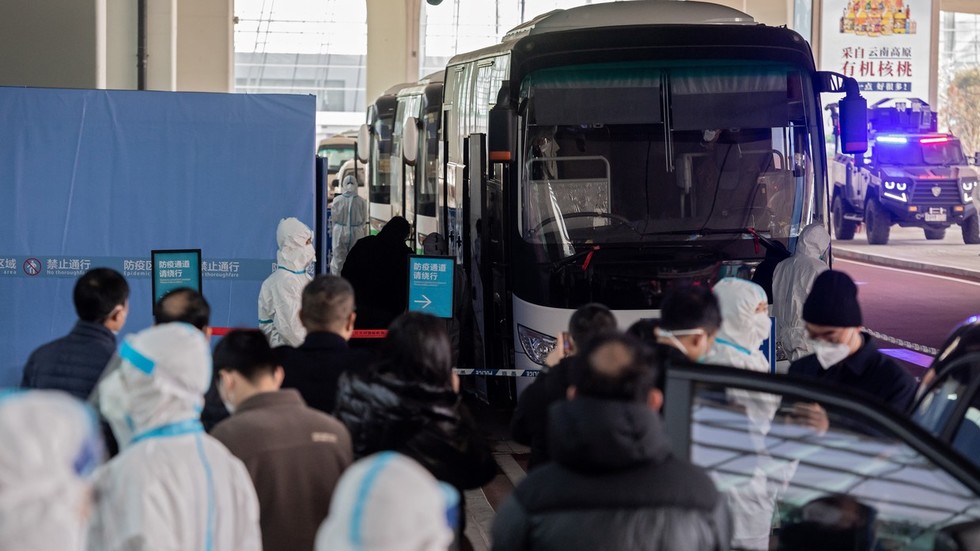 A team from the World Health Organization (WHO) has arrived in the Chinese city of Wuhan to study the origins of the Covid-19 pandemic. The mission had been delayed for months as the global health body held talks with Beijing.

The WHO mission arrived in Wuhan on Thursday, Chinese media reported. TV channel CGTN said the investigators have to undergo “relevant quarantine procedures” before starting field work in the city, where the coronavirus was first discovered in late 2019.

WHO spokesperson Margaret Harris told CGTN that a team of ten experts from ten countries is part of a wider probe into the origin of the SARS-CoV-2 virus, which caused Covid-19.

“It’s critical for the world to understand how this virus jumped from animals into humans, so that we could stop it [from] happening again,” she said, referring to the fact that the virus had been linked to bats during the early days of the outbreak.

Harris said the experts will specifically look into the earliest cases reported in Wuhan.

Britain’s Guardian newspaper quoted several members of the team insisting that the mission’s goal was not to verify the allegations made by outgoing US President Donald Trump and some members of his administration that Beijing was somehow responsible for “releasing” the virus into the world.

“This is not about finding China guilty or saying ‘it started here, give or take three meters.’ This is about reducing the risk. And the media can help by avoiding Trump style finger-pointing. Our job is not political,” Fabian Leendertz, a professor at Germany’s Robert Koch Institute, said.

Also on rt.com A long goodbye? Russian expert says pandemic will be over by summer, but Covid-19 here to stay as seasonal virus

The arrival of the much-anticipated mission has been delayed several times. China blocked the team’s entry earlier this month, drawing criticism from WHO chief Tedros Adhanom Ghebreyesus, who said he was “very disappointed with the news.”

Beijing, meanwhile, said that it needed more time to prepare for the visit.

The AP news agency reported last year that, although WHO officials were publicly praising China for the way it handled the fight against Covid-19, behind the scenes they grew frustrated with Beijing not sharing enough data about the virus. “We’re going on very minimal information,” WHO’s technical lead on Covid-19, Maria Van Kerkhove , was quoted as saying at an internal meeting.