‘It could be never’: Parler CEO says site may not recover after ‘catastrophic’ Big Tech purge as legal battle with Amazon rages on 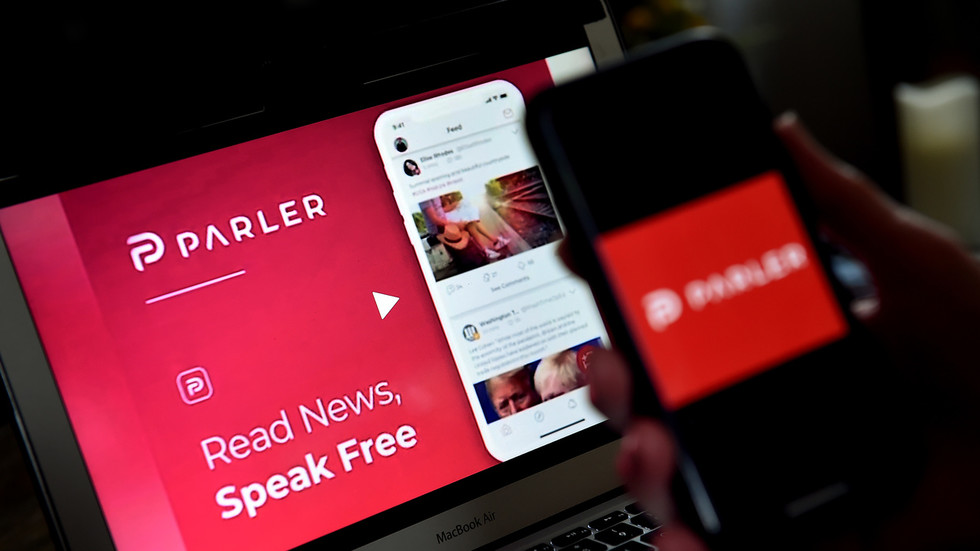 Social media site Parler may never come back online after Amazon dropped the conservative-friendly platform from its servers, its CEO said, as the company insists in court that its termination was motivated by “political animus.”

Parler CEO John Matze told Reuters on Wednesday that the website’s future is in limbo after a cascade of online vendors rushed to distance themselves from the platform in the wake of an eruption of violence at the US Capitol last week, saying he doesn’t know if it will ever bounce back.

It’s hard to keep track of how many people are telling us that we can no longer do business with them.

Amazon Web Services ended its relationship with Parler last weekend, arguing the company had allowed “violent” user content to proliferate and was too lax about policing posts in light of the Capitol riot, effectively shutting down the site altogether. At the time of writing, Parler remains offline.

Matze has also argued that Parler fell victim to a “coordinated attack,” pointing to the fact that both Google and Apple moved to boot the site off their app platforms within a 24-hour period, immediately followed by Amazon’s full termination of service on Sunday. Payment processors American Express and Stripe have also ended their dealings with Parler, as have chat apps Slack and Twilio.

On Monday, Parler took Amazon to court, accusing the web giant of breach of contract, defamation and antitrust violations, insisting its actions were motivated by “political animus” and a desire to bolster a weather client, Twitter, by shutting down a competing service.

Amazon responded to the allegations in its own court filing on Tuesday, maintaining that it had “notified Parler repeatedly that its content violated the parties’ agreement,” but the company was “both unwilling and unable” to address the problem.

“[Amazon] was well within its rights to suspend Parler immediately for those failures,” it said, adding that in the period leading up to Parler’s termination, CEO Matze “reported that Parler had a backlog of 26,000 reports of content that violated its community standards and remained on its service.”

Parler has sued Amazon for refusing to provide it web services, and conservatives have rallied to Parler’s defense, claiming their views are being censored.In its legal response, Amazon cites the type of Parler content that conservatives apparently want to defend. Take a look: pic.twitter.com/rvYiVSlLUu

In a rebuttal filed on Wednesday, however, Parler countered that the 26,000 violating posts were the result of “increased new users and activity” following Twitter’s banning of President Donald Trump, which “caused Parler to go down for seven hours” and led to a large backlog in content needing moderation.

Over the next two days, Parler was able to systematically remove almost all of this content, which progress was reported to [Amazon], and within 48 hours by the end of Sunday – when [Amazon] shut Parler down – Parler had removed all but some 1,000 problematic posts.

The social media site also argued that it was “blindsided” by Amazon, as the company did not notify Parler that it was in breach of their agreement before severing ties, contrary to its own version of events. While Amazon did previously flag some content for review, Parler said the posts were “promptly investigated and removed” and “not once during this time did [Amazon] inform Parler that Parler’s system of handling this material was inadequate or that Parler was in breach of its contract.”

In its filing, Parler said that Amazon “knew” that Trump was considering setting up a Parler account in November, though left it unclear how that information made its way to the company, as Trump himself has never announced his intention to do so. While the president has never had an account on the site, his campaign has maintained a page there since December 2018. In the days before the site was kicked off Amazon’s server, however, an Amazon representative “repeatedly asked whether the President had joined or would join Parler now that he was blocked by Twitter and Facebook,” Parler said – suggesting Trump may have factored into the decision to terminate the platform.

As the legal fight moves forward, Parler has called for a temporary restraining order to restore its Amazon service, arguing the move is “necessary to avoid the irreparable harm of Parler’s extinction.” It added that while it had hoped to “quickly procure” another online host, “the effects of [Amazon’s] actions have proven much more catastrophic.”

The notoriety and fallout from the break-up have driven away current and potential business partners, utterly frustrating Parler’s pre-termination plans to quickly replace and recover from [Amazon].

Also on rt.com Parler CEO denounces ‘coordinated attack’ by Big Tech as Amazon prepares to pull plug on its servers